A common consensus among automotive analysts (and most importantly customers) is Honda’s recent styling direction have been seen as too conservative. Still regarded as a builder of mechanically sound and liveable vehicles, Honda is being affected by the same pattern that Ford Motor Company encountered in the late 1920s with the Model T. An automobile must project a distinct character in order to be noticed in an active marketplace. While underwhelming in the styling department, the 2012 Honda CR-V crossover utility vehicle will have to benefit of a slick TV commercial officially making its debut during the 2012 Super Bowl.

One of the most coveted television advertising spots of the year, the championship game of the National Football League has only grown as marketing venue for major companies. With some ad spots costing up to 3.5 million dollars this year, these brief interruptions from the game action requires a strategic, memorable advertisement to grab viewer attention. When Honda purchased a 2012 Super Bowl spot for to show off the all-new Honda CR-V, the automaker’s dull image will be livened-up by the theme of the 1986 comedy “Ferris Bueller’s Day Off”.

For the Honda commercial, Matthew Broderick reprises the adventure without necessarily continuing his famous movie character. Instead of playing the devilishly cunning Ferris Bueller, Broderick‘s “Day Off” with the Honda CR-V revolves around the actor playing hooky from a film executive. Though the Honda commercial relives many scenes from the original 1986 movie, the entire 2-minute, 25-second spot is a fresh piece of entertainment. Thanks to the direction of Todd Phillips (director/producer of Old School and the Hangover movies), Broderick and the Honda CR-V have wonderful comedic chemistry through this leaked Super Bowl commercial. Beyond reviving the “Ferris Bueller’s Day Off” adventure, the Honda advertisement presses the auto company’s new “Leap List”. The Leap List campaign is Honda’s attempt to encourage the Generation Y buyers to follow through with their aspiration. Of course, Honda intends for that the CR-V crossover vehicle will fill the criteria needed for extraordinary personal adventures.

In risk of giving away too much of this clever advertisement, I invite you to check out Honda’s Youtube link for a preview screening of the commercial. During the 2012 Super Bowl, football fans will see Matthew Broderick’s Day Off with the Honda CR-V in the fourth quarter of New England Patriot versus New York Giants.
Official 2012 Honda CR-V Game Day Commercial – “Matthew’s Day Off” Extended Version

Are you still reading this article? Please, read something else on Automoblog.net. 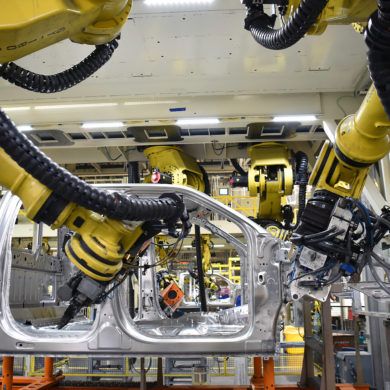