Too Much: Bugatti Introduces Special Edition Veyron In Qatar

What is this, the 50 millionth special edition variant of the Bugatti Veyron? Every time we turn around Bugatti pops out a new one. The open top Grand Sport is the latest and greatest Veyron, and here comes another special edition variant. The 2012 Qatar Motor Show begins tomorrow, and this car was designed specifically for that show. Given the excess of Middle East oil magnates, it isn’t surprising. Bugatti didn’t give this special edition car a name, but it is being referred to as the “Bumblebee” so we’ll go with that.

That name should tell you all you need to know about the Veyron’s color scheme. The car is finished in a yellow and black paint combination that extends into the interior. Bugatti says it was founder Etorre Bugatti’s favorite color combination. On the outside, yellow is the dominant color (even down to the door handles) with a black carbon fiber lower pieces and black tinted wheels with….yellow calipers. Inside the seats are all yellow as well, with black stitching. Who ever thought this was a good idea, we want to have a talk to. There is far too much yellow – its everywhere. It probably would have worked a lot better if the interior was all black. Swing and a miss on this one.

If you thought the Veyron was supposed to have ended production already, you aren’t alone. The coupe version did in fact reach the end of the line, with the last sale for that car completed in September 2011. But, Bugatti came up with a clever way to extend production beyond the original 300. And that is the convertible Grand Sport, which is treated by the company as a separate production run.

Out of a new allotment of 150 Grand Sports, Bugatti says there is 105 slots left. Then it will be the end of the road for the Grand Sport, and time for the Veyron run to be extended again. Just kidding (we think) – there is no plans in the works to do that. Hopefully by then Bugatti will have announced a true second model, like the 16C Galibier super sedan. 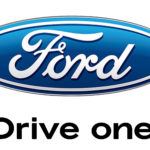 Previous
Ford Ditches “Drive One” and Replaces It With “Go Further” 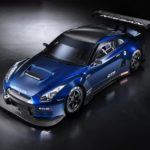