Sometime manufacturers wait until an auto show is over to release a car, in order to get maximum exposure. The North American International Auto Show just ended (for the press anyway).

While we saw a whole host of debuts from different companies there, Porsche didn’t bring much new to the table. With this age of new media, they decided to wait until after. They’re saving the 2013 Porsche Boxster for a physical debut in Geneva this May, but we get the full reveal, pictures and specifications well in advance of that. Nice one guys.

The Boxster has looked remarkably similar ever since its introduction in 1996. For most of us, that’s just the way we like it. Mid-engined, the Boxster has carved out a spot for itself in the Porsche lineup. Less you think this is just a freshening, the 2013 Boxster actually is a whole new generation. The 2013 Boxster has a longer wheelbase, wider trick and an aluminum body that helps reduce weight versus the previous generation car. The front windshield has been moved forward and there is shorter overhangs. You may not notice the changes at a glance looking at the exterior though. That is because the exterior remains pretty similar. There are new, stacked headlights, added side body details and surfacing, along with a new back end design with a horizontal lip spoiler integrated into the headlight.

Porsche says the Boxster is 15 percent more efficient than the previous car. It wouldn’t be a new generation without at a least a little power bump, and the Boxster now makes 315 horsepower. That is up by 5 hp. Not a big difference, but the Boxster never really lacked power. It has less weight to lug around now too, although Porsche isn’t saying how much. The Boxster will offer your choice of an old-fashioned six-speed manual or Porsche’s seven speed PDK dual-citchy tranny. The 2013 Boxster goes on sale this summer, starting at $49,500. 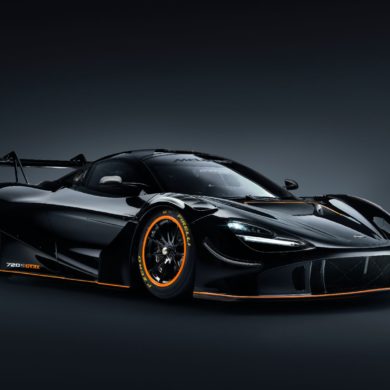