The 2013 model year marks 60 years of Chevrolet Corvette production. 60 years of an icon can’t go unrecognized, and Chevy isn’t letting it. To commemorate the occasion, Chevy has announced a new 427 Collector Edition as well as a 60th Anniversary package available across the lineup.

The Corvette has been no stranger to option packages and special editions over the years. The 427 Collector has Z06 power without the badge, and therefore is the fastest, as the Z06 and ZR1 aren’t available in convertible form.

These cars also mark a sendoff of sorts for the sixth-generation C6. A new C7 is on its way for the 2014 model year, and no it isn’t going to do anything radical like switch to a mid-engined layout. Visually, the 427 Collector Edition is differentiated by darkened headlights, exclusive 19-inch wheels up front and 20-inchers out back, along with a carbon fiber raised hood and fenders. The 427 Collector Edition is powered by – what else – the 427 cubic inch V-8 from the Z06. It makes 505 horsepower and 470 pound feet of torque, mated to a six-speed manual transmission.

Chevrolet says that makes it the most capable series production Corvette drop top ever. Underneath the skin are components from the Z06, including its driveline, rear suspension and Magnetic Ride Control system. 0-60 arrives in 3.8 seconds, and quarter mile in 11.8. The top speed exceeds 190 mph.

Optional is a graphics package that we think is a must for spicing up the Corvette’s exterior looks. The 427 Convertible is scheduled to debut at the famous Barrett Jackson auto auction on January 21st, with deliveries beginning this summer. 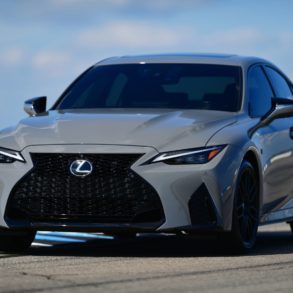