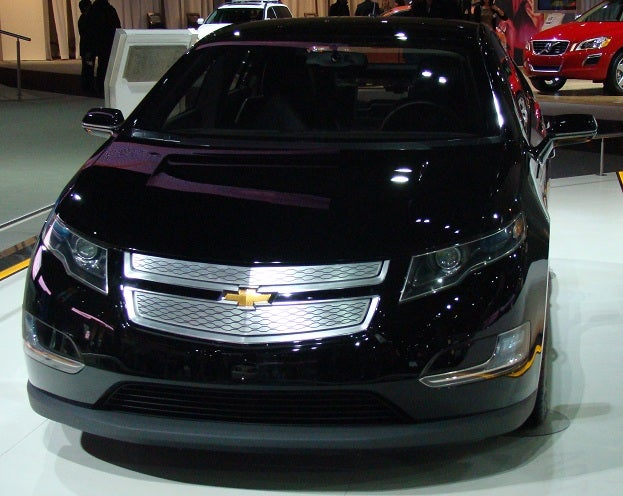 As one of the most important auto shows of the year takes place in Detroit, the need for brands to create a meaningful impression on the forward-thinking automotive market is paramount. For at least one company, their work in acquainting customers to once advanced production started a week earlier. Prior to showcasing this year’s automotive innovations, General Motors brand Chevrolet had issued an important remedy the 2011 North American International Auto Show‘s Car of the Year, the Chevrolet Volt.

Currently the only plug-in hybrid vehicle in the United States marketplace, the Chevrolet Volt was put under investigation last year by the National Highway Traffic Safety Administration (NHTSA) in regard to a battery fire risk. Originating from a fire at the vehicle holding area of the NHTSA, the cause was linked to a Chevrolet Volt that was administered a side-impact pole test weeks before. It was assessed that a coolant link caused by a broken line led to the overheating and sparking o lithium-ion battery pack. In November of 2011, the NHTSA announced they had recreated the fire under lab conditions using the identical perimeters that caused the June fire.

Just in time to save General Motors’ corporate assembly in Detroit some headaches of having to answer repeated questions on the Chevrolet Volt’s post-crash fire risk, the company’s engineering team provided a multi-prong fix for the car. The first solution is to construct a more comprehensive structural assembly around the Volt’s battery pack. Second and third modifications strengthening the Volt plug-in hybrid focuses on the battery’s cooling system. A new sensor will be added to the battery cooling supply to monitor fluid levels. Finally, a temper-resistant bracket is added to the battery coolant reservoir of the Chevrolet Volt protecting against the potential of coolant fluid overfill. 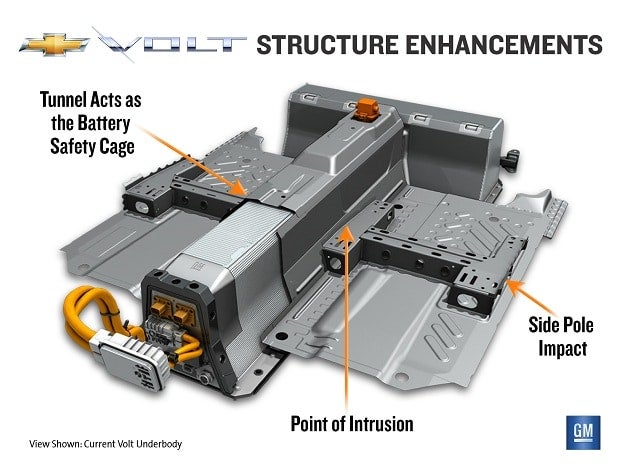 Quick to resolve the problem, the new modifications to Volt’s electrical powertrain hardware has already been tested. Four Chevrolet Volts featuring the enhanced crash protection were crash tested through the month of December. With no coolant leak or fires erupting from the collision aftermath, General Motors is confident they have successfully resolved the issue.

Chevrolet Volt owners will be notified individually about the new safety enhancements available for their vehicle in the coming weeks. Since late November, Volt owners were offered use of a ‘loaner’ car if they felt unsafe driving their plug-in hybrid.

In 2007, General Motors shocked automotive journalists and enthusiasts with a perspective of plug-in hybrid driving through debut of the Chevrolet Volt Concept at the North American International Auto Show. Shortly after the conceptual design made headlines in many publications of that time, a production version of the Chevrolet Volt becoming the world’s first plug-in electric/gasoline plug-in hybrid from a major automaker. Spending what seemed to be an eternity on the car show circuit, the Chevrolet Volt’s debut came with the accolades including the 2011 Car of the Year at the North American International Auto Show.

Enduring the Chevrolet Volt’s first challenge as the vehicle launches into wide release throughout the United States and Canada this year, the fire concern has much to do about the continuing learning process behind advanced powertrains entering production cars. As new players like the 2013 Ford Fusion Energi and the Toyota Prius plug-in hybrid approaches the marketplace in the next 12 months, the Volt will count on its head-start from the showroom as an advantage.