In the early part of the 2000s, Lexus was the revered luxury automobile benchmark winning over customers with premium comfort and technology. However, the past several years have seen the Toyota-backed luxury car division fall from good graces. Following the release of 2011 United States sale results, the Lexus brand continues a descent downward in their reputation for modern luxury car prestige. Selling 198,552 vehicles total in 2011, Lexus saw its unit sales drop by roughly 14.5 percent over 2010. An even more troubling for Lexus cars and crossover vehicles is the sale losses compared to the 2007 calendar year. Distressing for their passenger cars, Lexus has seen their product demand plunge almost by one-half to 101,181. Despite the debut of a redesigned GX 460 and two new cars debuting for 2012 model year (the CT 200h and the GS 350), the passion in the Lexus division is still lacking in a competitive luxury car market.

A reputation damaged by the Toyota company’s accelerator issue of 2009, Lexus also lost favour with luxury car buyers with questionable new vehicle styling. Looking for chance to gain enthusiasm for the luxury division, the purebred supercar Lexus LFA vaulted the stylized ‘L’ badge to the front covers of many auto magazines. Produced for a limited run of 500 vehicles at an American list price of over $375,000, the 552-horsepower LFA has little chance to provide a sizable billboard to Lexus’ brand vehicles.

In mid-December, teaser images of an exciting new design concept have given the Lexus loyalists an early Christmas present. Serving a taste of what would be a show car ahead of the 2012 North American International Auto Show in Detroit, a close shot of the front headlamp housing and air intake was released ahead of a second picture detailing some exquisite interior contours. With a week ahead of the Detroit automotive exhibit, the Lexus LF-LC breaks cover as a hybrid-propelled sport coupe concept. 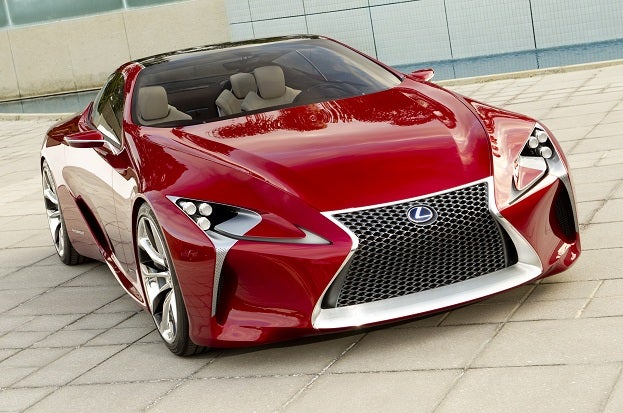 An aggressive design assertion, this 2012 show car is the Lexus division’s latest exercise with the LF Series design studies that has been intimately attached to look of future production products. Presented in bright red, the Lexus LF-LC radiates a Ferrari-like silhouette. Sporty yet romance, the premium sport coupe LF-LC concept car wears a wide front end that emphasizes Lexus design cues in a most embellished manner. A big, chrome mesh grille features an inward bodywork points. A 2+2 sport coupe design, the LF-LC concept vehicle wears a glass roof that angles down to the fastback rear window. The LF-LC will be a showcase for a yet to be determined hybrid gasoline-electric powertrain. Being a performance application, the electric propulsion system in the Lexus LF-LC will likely be configured around providing a power boost over the gasoline engine rather than supply fuel saving. For Lexus, their four available production hybrid vehicles in 2012 is one area positively defining the luxury division. Lexus stands at the forefront in the premium category with hybrid or electric vehicle technology use while other competitors like Mercedes-Benz and BMW have only been dipping their toes in the electrified car market.

When the Lexus LF-LC hybrid sports coupe concept debuts physically, there will be a lot of attention on the other innovations brought forward in the design study. In the time that will follow the 2012 North American International Auto Show, it will be interesting to see how Lexus adapts the lessons gained in the LF-LC concept. 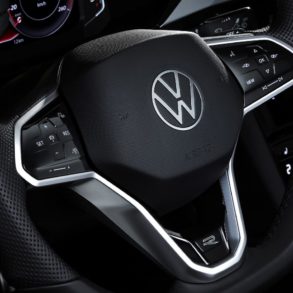