2011 was a great year for Hyundai/Kia. The company achieved record sales in the United States and around the globe. With a lot of 2010 model year debuts hitting their stride, it was a breakout year. The stigma from previous econoboxes the company produced is steadily disappearing. The level of competition in the mainstream auto market is fierce. It has forced everyone to step up.

The Japanese automakers are now the ones trailing in quality and vehicle competitiveness, a remarkable change. The size of the auto market is expected to grow by a good margin in 2012, but Hyundai chairman Chung Mong-koo is predicting slower growth for his company. His prediction came during his annual speech to company employees. Over the past few years, Hyundai and Kia have experienced double-digit growth.

Reported by Reuters, Mong-koo predicts growth of around 6 percent, which is nothing to turn your nose up at. The lower figure quoted is said to be due to overstretched capacity and a desire to focus on quality. Sometimes in a rush for quantity, quality can suffer significantly. That is something the company wants to avoid. Given troubles with other manufacturers (ahem, Toyota) that have grown too fast, that is a worthy goal. Still, industry analysts expect Hyundai and Kia to post higher growth than the chairman’s guidance.

For 2011, Hyundai and Kia sales are up 15 percent, to 6.6 million. The target Hyundai gave was 6.33 million vehicles. Next year the prediction is 7 million, but others are predicting 7.2 million or higher. That it is still well under competitors like Toyota, which is predicting 20 percent growth for 2012 and a record tally of 8.48 million. Two key markets, the United States and China, appear to be very strong going into this new year. The only issues is that the European crisis is putting a damper on sales there. Hopes in the industry are that they will get their issues resolved as quickly as possible. 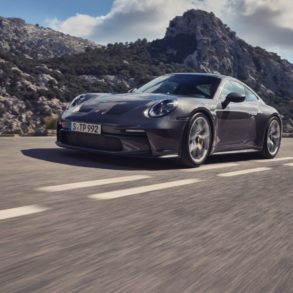