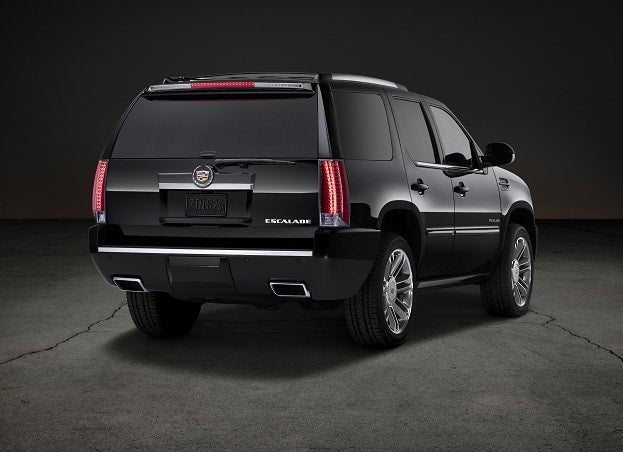 While popularity brought fortunes to a then-struggling Cadillac sales tally, the increased attention to the Escalade line-up has made the full-sized vehicle candy those perpetuating grand theft autos. In August, the Cadillac Escalade (specifically 2008-2010 models) topped a list tallied by the IIHS (Insurance Institute of Highway for Highway Safety) for most preferred vehicles among thieves in the United States. According to the data collected by the IIHS, more than 8 times the average vehicle claims have been filed on the Escalade EXT pick-up model. Revealed as a North American-wide issue, the 2002 Cadillac Escalade was also established as the fifth most targeted vehicle in Canada by the country’s insurance bureau at the end of 2011. The value of the Escalade, as well as its expensive high-end components including Xenon headlamps and custom wheels, has made the sport utility vehicle attractive for parts or as a whole.

Realizing that the Cadillac Escalade owners are now facing a higher-than normal chance of being parted with their over $60,000 vehicle, the 2012 model year sports a new arsenal of factory-installed automotive security. Five individual security enhancements are introduced on the 2012 Cadillac Escalade insuring greater protection among several common thefts. Standard on all 2012 Cadillac Escalade will be a tougher steering column lock system as well as an improved car key. Designed to greater resist manoeuvring the sport utility vehicle, the new steering column locking mechanism on 2012 Escalade is said to be nearly temper-proof. The only method to unlock the steering column will be the new, improved PASS Key 3+ featuring highly detailed encryption.

Highlighted oddly in the 1980s comedy film ‘Twins’ where Arnold Schwarzenegger deactivated a car‘s alarm system by picking up the rear of a Cadillac sedan, some less sophisticated vehicle warning sirens were electronically programmed to turn off when a vehicle is lifted to a particular angle. A program meant to determine when a vehicle is being legitimately towed, some advanced car thieves have exploited this by using a tow truck to steal an Escalade. An available feature on the 2012 Cadillac Escalade is called an inclination sensor if an unintended change of vehicle angle is detected. The inclination sensor upgrade also prevents flat-bedding or even attempts to steal wheel and tires. Also protecting the lavish wheels of the 2012 Escalade will be a new locking system.

While the Cadillac Escalade can be the objective of some thieves, other criminals settle for the potentially valuable items inside of the sport utility vehicle. Protecting against property theft, the 2012 model year Escalade has an available shock sensor designed to detect breaking of glass.

An OnStar equipped vehicle, the 2012 Cadillac Escalade line-up has electronic tracking technology to relay to law enforcement. In addition, in efforts to slow a fleeing theft, the OnStar system on the Escalade can be used to send a message to the vehicle’s electronic controls slowing the Cadillac safely.

Along with the new security solutions introduced on the 2012 model year Cadillac Escalade, General Motors published the following list of precautions owners of all vehicles should take in reducing car thefts and break-ins:

The combination of Cadillac’s new high-tech security advancements as well as the highly prudent actions of the Escalade owners in 2012 and beyond will be key to assure the luxury vehicle loses its flavour to car thieves.