Happy New Year! It’s 2012, and the biggest car show of the year is exactly a week away. The North American International Auto Show kicks off next Monday, and it has a full slate of debuts scheduled. The biggest from Ford will be the new Fusion mid-size sedan.

The current generation Fusion was introduced in 2006, and a heavy mid-cyle enhancement followed in 2010. For 2011 the Fusion has posted its best sales year ever, despite being at the end of it model run. With all that momentum, look for the next generation model to hit higher figures than ever. Future mid-size number one? Very possible. While the 2013 Fusion is still under wraps (they’ve done a remarkably good job of keeping it a secret), Ford is letting loose some of the details. Ford is a master at this kind of press release marketing; they dribble out information bit-by-bit. 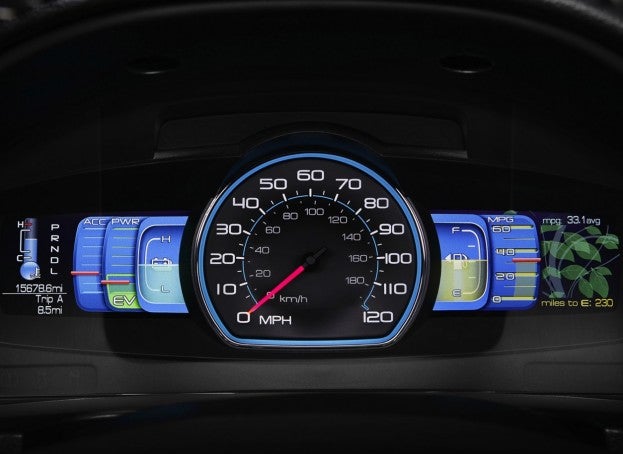 A new feature debuting on the 2013 Fusion is Lane Keeping System (LKS). To provide feedback, there is a digital camera mounted on the rearview mirror with a full-view of the road. This is in contrast to older, more expensive systems that used radars placed on the front of the vehicle. It the “democratization of technology”, evidenced by the widespread availability of technologies once only available on luxury cars. When the system senses the driver is drifting in his lane, it gives a warning and sends a vibration to the steering wheel.

If the driver ignores this, the steering wheel will continue to vibrate and a power will be applied to nudge the car back into its lane. In addition, the warning icon will turn red. Ford said a lot of work has been put into the system to make it smooth and accurate, and that it will be debuting across the lineup rather quickly. Drivers would be well-off to learn not to depend on these kind of technological aids. However, with all the crazy drivers out there we welcome these technologies being added to help make our roads safer.