When General Motors launched the heavily refreshed Malibu in 2008, many speculated it would cannibalize Impala sales. That hasn’t happened however, as Impala sales have remained strong.

This is likely due to fleet sales, but it is surprising due to the car’s age. The Impala was redesigned as a 2006 model and has remained virtually unchanged ever since.

Underneath, the car is based on the W-body platform, which has long been eclipsed by GM’s newer Epsilon I and II counterparts. 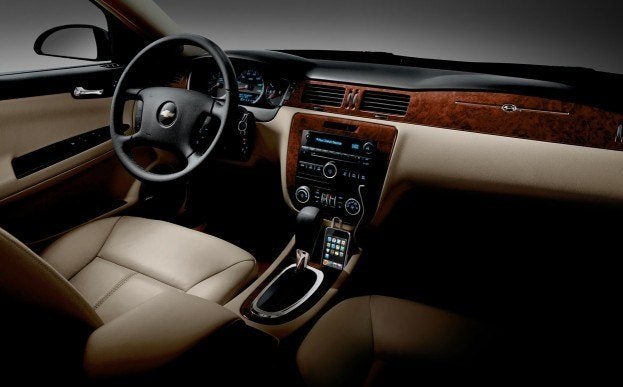 Despite this, the Impala is soldiering on. An all-new redesigned model to compete with the Ford Taurus and Toyota Avalon is unlikely to come for a few years. In the meantime, the Impala is getting a new engine. GM’s ubiquitous 3.6-liter V-6 and six-speed automatic transmission combination.

This is a modern powertrain that GMInsideNews reports will offer a power output of 302 horsepower. This figure puts it just a hair under the 303 hp output of the discontinued Impala SS, which was powered by a 5.3-liter V-8. Impressive stuff.

The 2012 Buick LaCrosse, which also uses the engine, is said to receive the bump in power as well. Other than that, the Impala stays the same. It would have been nice to see a mid-cycle enhancement (MCE) at least, with some exterior and interior styling updates.

The dramatic difference in competitiveness between Chevrolet’s mid-size and full-size entries is going to become even more apparent when the 2013 Malibu arrives.