This one has been cooking down under for a while here, but it looks like the crazed Kiwis behind the Hulme F1 sportscar are finally ready to hit the ignition switch, and actually start selling these things to anyone with large amounts of cash and equally large amounts of glands. The Hulme F1 is, in a lot of ways, very much like the Caparo T1; it’s sort of an F1 car for the street with quasi-open wheels and lots of flashy styling. Not that the cars namesake was any stranger to F1, but he was, for better or worse, known for his sportscar racing. Specifically, Danny Hulme (for those of you that don’t know) really tore up the CanAm circuits back in the late 1960s and early 1970s. Him and company founder, chief designer, test driver, racer and all around great guy, Bruce McLaren had the North American racing series so much in their pocket, people openly referred to it as “The Bruce & Denny Show” for what seemed like forever (until Mark Donohue and Roger Penske really put their minds to it).

Years later, and that racing success is but a memory, and both Bruce and Denny are no longer with us (McLaren was killed in a testing accident in the 70s, and Hulme died of a heart attack while competing in a vintage race), but, this whole go fast, kick ass, sell some cool cars gene seems to run fairly deep on the far side of the world. Ergo, the Hulme F1 is slated for a 2012 delivery. 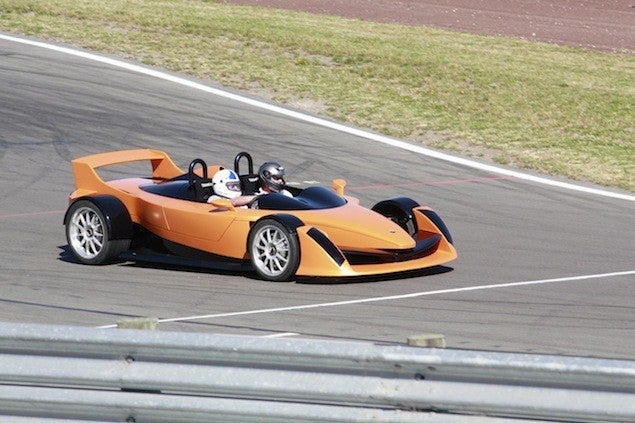 What does one get, should one choose the Hulme F1 over, say a Caparo or a Ferrari or a customized steam train? You get a 700-horsepower, Chevrolet-derived V8, which certainly fits, since the boys used to run Chevys exclusively in their CanAm cars. Said plant is wadded into the center of a carbon fiber and kevlar shell, natch, since that’s where engines should go. Weight is a staggeringly low 2,300 pounds (or just a little bit over it), which is about what a new Miata (right, MX-5) tips the scales at. The boys behind the Hulme F1 hope this will translate into a 0-60 sprint of under 3.5 seconds. Which, if memory serves, what about what their big-block CanAm cars could do (right, the tires back then were junk in comparison to what we can get today, I know).

So, they are taking orders right at this very moment, even though deliveries probably won’t start until the second half of next year. Price? Y’know, funny thing about that, they don’t seem to mention price anywhere … but if can afford to choose between this and any number of the other exotics out there, you’re not really going to worry about a thing like the price, now are you? 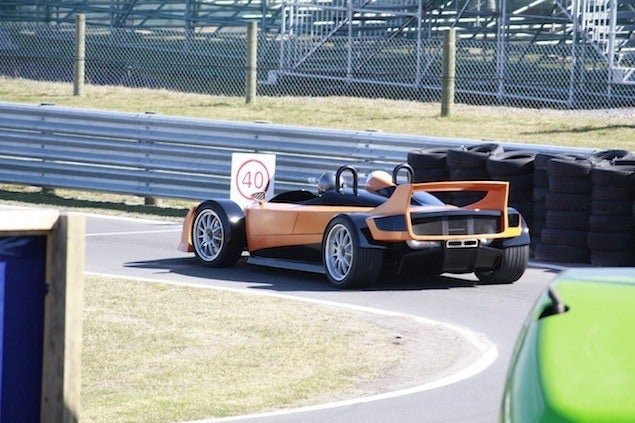