DeTomaso Licenses Deauville To The Chinese

An interesting story to follow has been the (supposed) revival of DeTomaso in Italy. Italian businessman Gian Mario Rossignolo purchased the bankrupt company in 2009. His plan called for three new models: a crossover, sedan and sports car. He planned to sell 8,000 cars a year, 3,000 crossovers, 3,000 sedans and 2,000 sports cars.

The DeTomaso Deauville was revealed at the Geneva Motor Show in March 2011. Uninspiring, the Deauville is a Cadillac SRX-based model that was supposed to have Italian craftsmanship be its big selling point. You know, a nationalistic play to the Italian market. Its unfortunate that it is as safe of a design as you can get. The sports car was going to be a revival of the Pantera (which arguably, should have gone first before the crossover). The new Pantera was slated to be shown at the Frankfurt Motor Show in September. When the car failed to materialize, it was a worrying sign for DeTomaso. Then came news of significant money issues in October. An Indian investment company was supposed to have supplied a shot in the arm to DeTomaso, but the deal never materialized. Now, CarsUK.net is reporting that the Deauville has been licensed to a Chinese company for about $23 million USD at current exchange rates.

It isn’t clear exactly what the deal entails. Licensing is a broad term – it isn’t the same as selling the entire product line. A Chinese company could be manufacturing the car on contract with DeTomaso. Or a company could simply want it for the Chinese market while DeTomaso moves forward with its plans for Italian production.

Either way, we need more details! $23 million can be burned through very quickly when developing new cars so it isn’t a sure thing that this will save the whole company. A lot of DeTomaso’s problems come down to the issues Italy is facing as a nation. The economy just isn’t in good shape over there, and investment cash is tight. Stay tuned for more details. Unfortunately, we wouldn’t be surprised to hear more ominous news in the future. 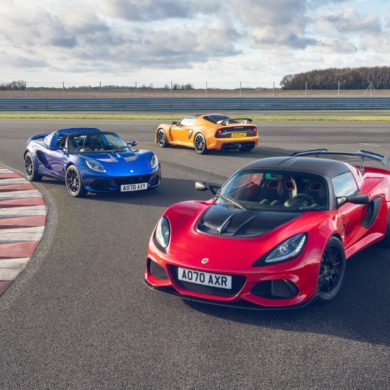