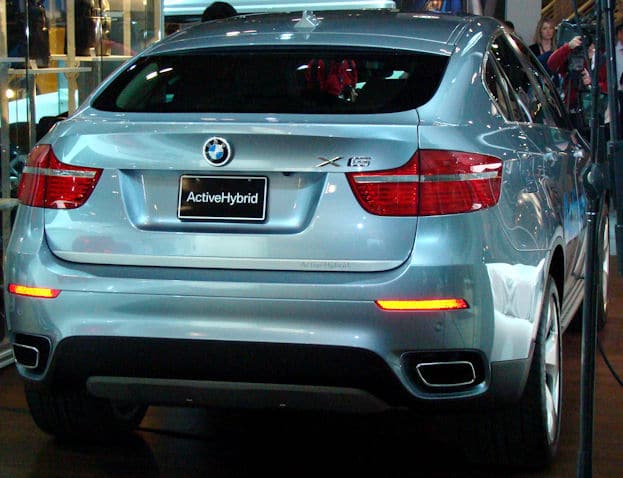 As car fans, we often pick sides of your favourite brands. Claiming allegiance to an automaker, there is a pride in the technological advantages claimed by a choice company. VTEC, EcoBoost, SkyActiv and TDI identify some popular names of solutions used to define a particular automaker. However, when it comes to developing some of the newest technologies in motoring, it is rare that a single auto company can carry the costly and long process alone. In fact, some notable automakers went out of business or close to bankruptcy attempting to go in alone through the development of technology that became essential to modern cars and trucks. Heading into the end of this year, two major auto companies are in talks that could result in the furthering of advanced powertrains.

In a very brief statement (consisting of a single sentence), General Motors confirmed they are currently conversing with Germany auto company BMW in co-developing future vehicle technology. With very little detail given on top of the simple admittance that discussions are taking place, General Motors has stated fuel cell technology could be a joint venture. Both companies have been working on the prospect of using hydrogen and fuel cells as a future propulsion for automobiles.

General Motors had been confident fuel cell vehicles would be a future (perhaps distant) power source since the turn of the 21st century. The Autonomy and Hy-wire concept cars were visions for General Motor’s possible fuel cell-powered roadways. However, GM’s cash shortage during bankruptcy and the industry rush towards electric batteries placed their development plans for hydrogen power on the technological back burner. In 2009, BMW produced limited test run of a gasoline/hydrogen burning vehicle called the Hydrogen 7 sedan. The BMW Hydrogen 7 was created under the understanding that employing hydrogen for internal combustion engines could be appreciated as requiring less drastic and more easily adaptable. Hydrogen use for internal combustion engines would also provide incentive for creating hydrogen refueling infrastructure. Though General Motors and BMW have incorporated battery-supported, electrified vehicles in production, the promise for hydrogen motoring seems like a solution either company is willing to abandon. It can be inferred from the release that the General Motors/BMW partnership can lead to other areas of automotive research. The future product development partnership could also involve focus with other emerging technologies. This year, both auto companies have made an active campaign to incorporate a greater use of carbon fiber construction in future vehicles. An super lightweight but strong engineered material once viewed as too exotic for widespread use in the car industry, carbon-reinforced polymers (popularly referred to as carbon fiber) expanded production and refinement through the past 20 years have realized greater cost-effective use.

In Munich, the BMW i brand concept vehicles are structured around the extensive employment of carbon fiber. According to estimates, BMW Member of the Board Klaus Draeger indicated that carbon fiber construction methods could result in 250 to 350-kilogram (551 to 772-pound) weight savings over other electric cars. Overcoming the weight burden associated with electrified powertrains, the use of carbon fiber alongside aluminum allowed the BMW i3 concept to coast weighing a comfortable 2,755.8 pounds. The same construction has been utilized through the concept BMW i8 sports coupe.

If a technology-sharing results from the most recent talks, this will be the second time that General Motors and BMW have been jointly involved in as many years. Six years ago, the two companies along with Chrysler were involved in a hybrid transmission venture. With General Motors large trucks and sport utility vehicles adapting what would be known as a two-mode hybrid, BMW created the BMW ActiveHybrid X6 for the North American market.