Bentleys have always been powered by 12-cylinder engines. Not necessarily a V-12 though, as the latest Bentley-developed cars are Volkswagen Group W-12s. The Continental GT has followed through with 12-cylinder power that since its introduction in 2003. For the second generation car, Bentley announced it would be available with a V-8 for the first time. The goals?

To lower the car’s asking price, as it would be the new entry level model, as well as increase fuel efficiency. Until now we hadn’t heard many details about it, as Bentley wanted to keep the attention focused on the 12-cylinder until its launch. Bentley announced the twin-turbocharged Continental GT will be making its debut at the North American International Auto Show next month. The engine in question is a 4.0-liter V-8 making 500 horsepower and 481 pound-feet of torque. In comparison the W-12 powered Continental GT has 631 horsepower. The engine has cylinder deactivation, high-pressure direct injection, low friction bearings and innovative packaging of the turbocharger that aim to achieve Bentley’s goal of 40 percent fuel economy savings. Full fuel economy figures haven’t been released yet, but the Continental GT V-8 should get around 21 mpg on a tank.

That is based on Bentley quoting 500 miles from a tank of gas.That is a nice savings over the 12-cylinder car. 0-60 arrives a bit under the 5 second mark, which is great performance for “only” a V-8. If we had the money, the V-8 would probably be the choice we’d make.

Less expensive, better fuel economy (although that probably wouldn’t be high on our list at that point….) and great power. Since its introduction, the Continental lineup (including the Flying Spur) has sold 50,000 units. That makes the Bentley factory in Crewe, England the largest producer of 12-cylinder engines in the world. The V-8 will model will mark yet another chapter in the Bentley saga. 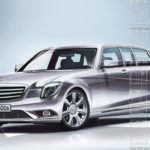