Volvo has two crossovers, the XC60 and the XC90. The five-seater XC60 was just released a few years ago, but the three-row XC90 has been on the market since 2002. With us nearing the end of 2011, that makes it almost ten years already – quite a long model run.

It is going to soldier on for a bit longer too, as a production model won’t bow until 2014. Ouch. We hope it will get some updates before then; it has remained remarkably similar of its model run. The XC90 has proved to be a successful product for Volvo, but it is beginning to fall behind the competition. For its next-generation model, Volvo has issued some renderings and sketches of what it could like.

They show a different direction in design than the swoopy style of the S60 and XC60, and more toward a utilitarian Volvo look. For instance, the front end shows definite hints from the Concept You sedan. Only one picture of the front end was released, while three were done for the back end. The front end design looks good we think, and it stands out clearly as a Volvo. Out back, we’d have to go with the first (pictured above) of the three renderings. The second one is just odd and the third is too bland and playing it safe.

What is really going to be interesting is the interior; Volvo has really pushed the envelope with Scandinavian interior design with its latest concepts. We can’t wait to see some of that starting to translate over into production models. And, of course, we expect the next-generation to continue Volvo’s safety heritage with some new innovations in the field. Volvo has a goal for zero fatalities in it vehicles by 2020; a worthy endeavor. We imagine people-carrying crossovers like the XC90 will feature heavily as part of that goal. 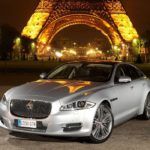 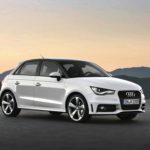