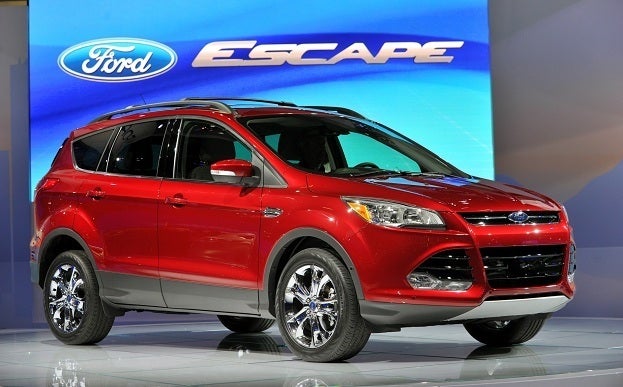 While the Ford Motor Company has been reaping success from some well-planed products in recent years, a decade ago the American auto manufacturer was making many strategic missteps. However, a major exclusion to Ford’s hiccup in first years of the 21st century was a compact utility vehicle. Designed to compete against the white-hot Honda CR-V, the Ford Escape arrive in the 2001 model year. Jumping early into what would soon become a crowded bandwagon of compact utility products, the Ford Escape has sold more than 150,000 units for all but two years since introduction 12 years ago. Even on the verge of an all-new model, the soon-to-be outgoing Escape design is setting a sales record selling over 200,000 vehicles to date. With the completely revamped 2013 Ford Escape ready for a highly publicized unveiling at the 2011 Los Angeles Auto Show, the vehicle presentation becomes evermore important.

Spoon-feeding potential customers with hints to the future compact utility vehicle, Ford Motor Company’s extended presentation started with the Vertrek Concept. Over the past several months, the 2013 Escape’s unique, innovative features continued to drive interest leading up to the official Los Angeles premiere. The build-up led to Wednesday November 16th when the 2013 Ford Escape was finally unveiled. 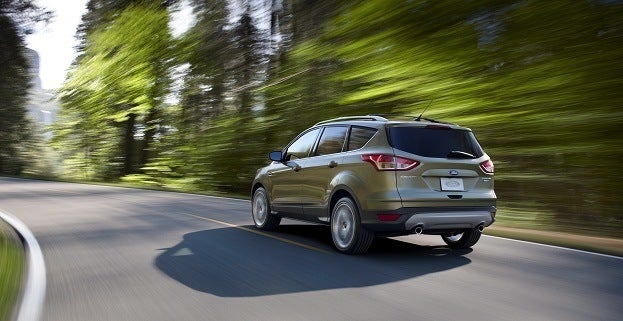 Bringing satisfaction to the lovers of the Vertrek Concept crossover vehicles, the 2013 Ford Escape adhered much of the exterior design criteria displayed in Detroit. Measuring 178.1 inches in total length, the 2013 Ford Escape is longer than its predecessor model by 3.4 inches bringing it closer in line with competitors such as the Toyota RAV4. Appearing only a touch taller in overall appearance than the design voted as ‘Best Concept’ at the 2011 Detroit North American International Auto Show, the production 2013 Ford Escape shakes up the boxy shell. Perhaps a little taller than the concept, the 2013 production Escape is almost 5 inches lower than the vehicle being replaced at 66.3 inches in total height. A deeper-angled windshield, wide and sporty grille openings as well as an overall sleeker crossover appearance is perched with considerable ground clearance. Overall, the 2013 Ford Escape is 10 percent more aerodynamically improved than the previous model. High strength steel and recycled plastic trim pieces complete the exterior of the 2013 Ford Escape.

Boasting itself as a more capable Ford Escape, interior dimensions for the 2013 model has been increased. There is 34.3 cubic feet of cargo capacity when 5 passengers are riding in the cabin. Luggage room can be maximized to 68.4 with when the 2nd row seats are folded. A two-position rear load floor is optional for better optimizing of the cabin capacity. 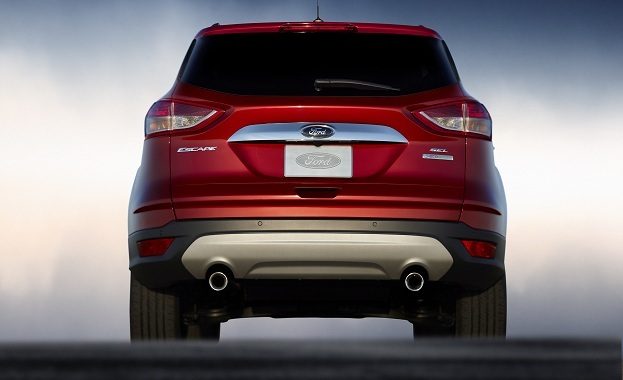 Remaining inside of the 2013 Escape, the refreshed interior features high refinement. Perhaps disguised to the owners of the new 2013 Ford Escape is the high use of reused or reusable materials. Featuring recycled tire rubber for the climate control gasket, other environmentally conscious interior components are the carpet floor made from 25, 20-ounce plastic bottles and over 10 pounds of dash insulation made from old clothing.

Technology is also a massive part of the new 2013 model year Escape. Electric power steering, rear view camera and Active park assist are available items not including the all-new MyFord Touch. The newly enhanced, faster-responding MyFord Touch can be equipped as the ultimate interactive experience combined with Ford SYNC. 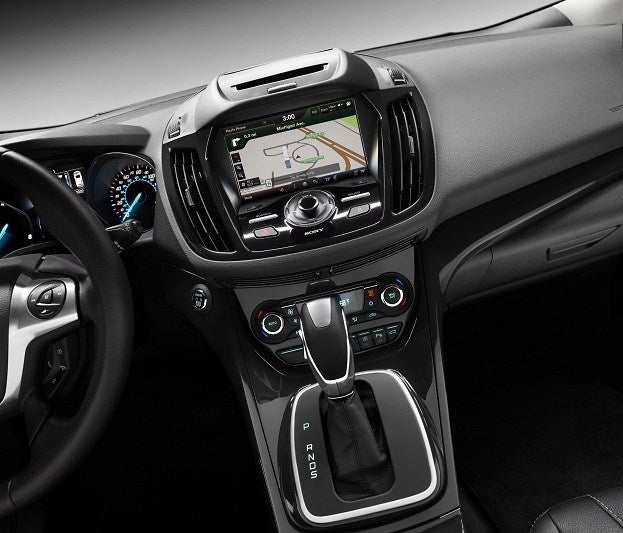 While a past generation Escape’s 2.5 liter inline-4 engine returns with 168 horsepower worth of base momentum, the emphasis for the 2013 Ford Escape is on the direct-injected and turbocharged EcoBoost four-cylinder powerplants. Joining the 2013 model year crossover vehicle are two four-cylinder EcoBoost power plant; a 173-horsepower 1.6 liter engine and 2-liter producing a top-end 237 horsepower for the new Escape. The 2-liter EcoBoost engine is only 3 horsepower short of the V-6 powerplant its replaces. No fuel economy numbers have been published for any of the 2013 Ford Escape crossover vehicles but is anticipated to be class topping. The 2013 Escape serves as another piece in the widespread implementation of EcoBoost power. Ford is targeting that 90 percent of their North American products will have an EcoBoost option by 2013. The 2013 Ford Escape will be the first vehicle on the market to feature multiple EcoBoost powerplant choices.

One notable absence through the release of the 2013 Ford Escape will be the hybrid model. While the EcoBoost engines are primed to deliver fuel economy comparable to the gasoline/electric Escape Hybrid currently sold, plans for seeing a new electrified version will at least be on hold. Supplementing the need for a hybrid hauler will be the gasoline-electric version of the upcoming Ford C-Max for 2012.

Both 1.6 liter and 2-liter Ford EcoBoost engines can be combined with either front-wheel or intelligent 4-wheel drivetrains. The base 2.5 liter powerplant only comes as a front-wheel drive model. No matter the engine or wheel power, all versions of the 2013 Escape handle power through a 6-speed SelectShift automatic gearbox. Electronic handling programs incorporated on the 2013 Ford Escape includes Torque Vectoring Control as well as Curve Control.

Expected to have a starting price around the mid-$20,000 range, Ford Motor Company plans to sell 180,000 units of the new Ford Escape.