The Los Angeles International Auto Show is this week, and it is set to host quite a few debuts. We’re under 48 hours from the start of the show, and it looks like good things are in store. From Ford, we’ve seen the updated 2013 Flex already, as well as teasers for updated Lincoln MKS and MKT models.

Today, Ford has revealed a teaser image of its updated 2013 Mustang on Facebook. An updated Mustang? It doesn’t seem that long ago that Ford was releasing the 2010 model. Ford has done a good job of keeping the Mustang fresh through style and engine updates. With the Chevrolet Camaro surpassing it in sales though, keeping it competitive is a must. There isn’t anything fundamentally wrong with the Mustang formula (it has always been wildly successful), but the styling of the current car has been panned by some fans. Especially the rear taillights; most we’ve talked to prefer the 2005-2009 models rather than the current look. Look for the 2013 to fix some of this; but don’t expect huge changes. The 2013 is a freshening rather than a complete redesign.

That means the platform and all the key structural points will stay the same. An updated headlights, taillights and interior are on the menu. As they say, the devil is in the details right? For instance, the interiors of Mustangs have tended to be a bit generic. Rich details from the original could be used in a modern way for the new model, much like Ford’s retro modern update to the 2013 Flex.

For instance, the interiors of past Mustangs have tended to be a bit generic. That could be remedied for 2013; one of the details in the Facebook teaser picture is an updated instrument cluster. At Los Angeles, most of Ford’s introductions look like they will be updates to existing products. With a pretty fresh and critically well-received lineup, that could be just the ticket. 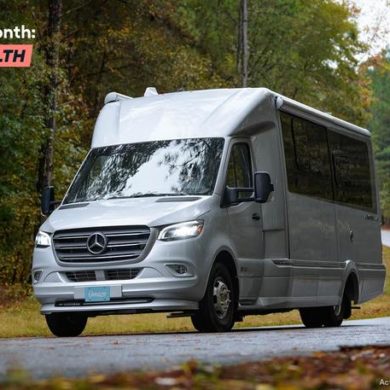