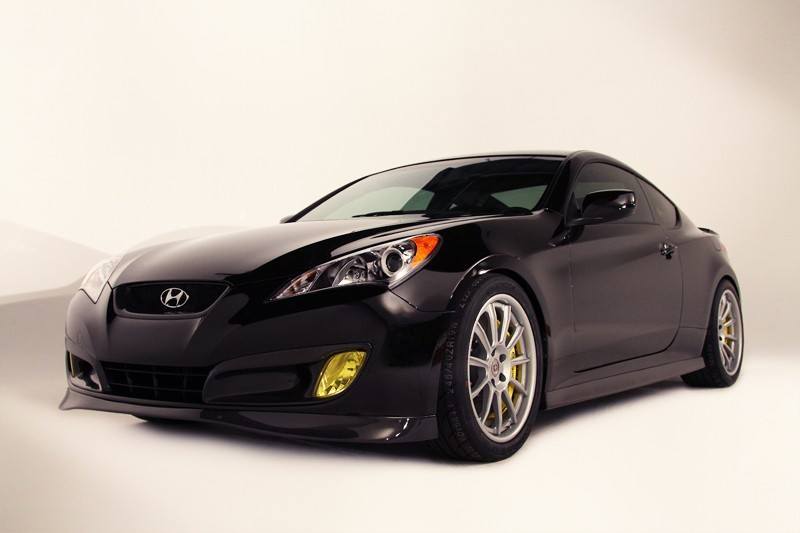 The Genesis and Genesis Coupe represented Hyundai’s first rear-wheel drive entries on the United States. With all that investment on a new platform, there is a lot of possibilities. Hyundai has consistently refined the Genesis Sedan, and the Genesis Coupe is getting its first update at the North American International Auto Show in January.

Part of the big investment with the Genesis Sedan was the Tau V-8. Despite enthusiasts hopes though, the V-8 has never been put into the Genesis Coupe. Hyundai doesn’t have any plans to do so either.

The Genesis sedan and coupe remain pretty distinct products from each other, despite sharing a name. When there’s a demand for something the manufacturer won’t do, the aftermarket often steps up. In this case, its Rhys Millen. The RM500 Genesis Coupe recently debuted at SEMA 2011, packing a V-8 power plant. Along with the RM500 the company has debuted an RMR line of accessories that include a carbon fiber aerodynamics package, Brembo carbon ceramic brakes and 19-inch alloy wheels.

Millen says “From the moment I saw the Tau V8 engine in the Genesis R-Spec and Equus, I knew it would be a perfect fit for the Genesis Coupe, adding even more performance and power to the dynamic coupe.” After seeing that, he set out to make a Genesis Coupe V-8 happen.

The 5.0-liter power plant hasn’t been left stock either. Millen boosted the power by 20 ponies, to 449 horsepower, thanks to a stainless steel exhaust and AEM engine management system. Other changes include a light weight clutch and flywheel, oil cooler, rear differential cooler, and adapter plate.

The carbon fiber package is made up of a front grille, fog light vents with brake ducts, yellow fog light covers, front lip, side skirts, rear diffuser, and three-piece spoiler. Inside, there is a suede trim package, Sparco Chrono Sport Seats, track sliders and leather shift knob, along with RMR seat brackets and a 1-inch steering column extension. Now, how much will it cost? That’s the question, and one we don’t have answer for yet. 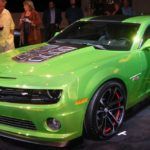 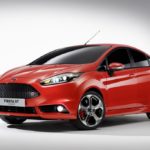