It’s only Wednesday, but there is been a lot going on in the automotive and technology world. For Apple fans, iOS 5 is a big leap forward, while General Motors has confirmed several new products.

With Cadillac’s new CUE infotainment system, the two worlds have converged. CUE stands for Cadillac User Experience, and it debuted last night at the CTIA Wireless trade show. CUE is entirely different than anything GM has released before; for brands like Chevrolet the company recently introduced a system called myLink.

CUE is a radically different, Cadillac-exclusive system that promises to leapfrog everything that’s available in the marketplace. One of the big selling points of the iPhone when it first hit the market was the capacitive touch screen. Capacitive screens have hard surfaces rather than the squishy, less accurate resistive screens. Resistive screens were used on most phones up until that time. CUE brings more-expensive capacitive screens to the automobile for the first time, offering a similar leap in control and feedback. Not to mention they just feel higher-quality. This isn’t just any capacitive screen though; Cadillac takes the experience to new levels by including multi-touch software, haptic feedback, and motion-sensing.

Thanks to the motion sensor, elements only appear on the screen when the driver or passenger’s hand is within eight inches of it. During normal driving, those controls fade to eliminate distraction and provide for a more aesthetically appealing view.

CUE debuts along with an entirely new Cadillac approach to interior design. The new design ethos goes all-out with the latest technology, eliminating traditional buttons below the screen as well. Traditional buttons are thrown out for capacitive ones that feature haptic-feedback. This reduces clutter and allows for certain buttons to fade from view when not in use.

In front of the driver is a 12.3-inch screen that is customizable with four different views. You can have as much or as little information displayed as you’d like. For instance if you’re traveling there is a mode that puts turn-by-turn directions right within easy view of the driver.

As you can imagine, a system like this needs some serious processing power to work properly. CUE is powered by a three-core ARM 11 processor running a modified Linux operating system.

Other systems on the market like MyFord Touch have been criticized for sluggishness, and this processor should ensure that is a criticism CUE avoids. 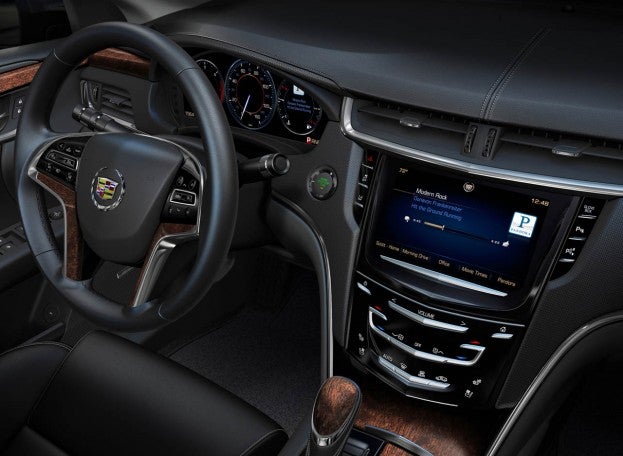 Using most systems in today’s cars is frustrating because they are not nearly as effective for getting tasks done as the average smartphone. Clunky and outdated best describes the interfaces, but CUE turns that on its head. It provides a system for vehicles using the latest technology, and we’re excited to try it out for ourselves.

CUE will be available on Cadillac’s 2013 lineup, including the XTS, ATS and SRX. From the looks of it, what Cadillac is offering is nothing less than class-leading, giving credibility to the tagline “We don’t just build luxury cars, we build Cadillacs.” 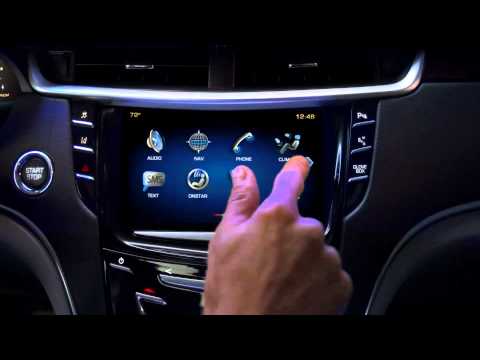