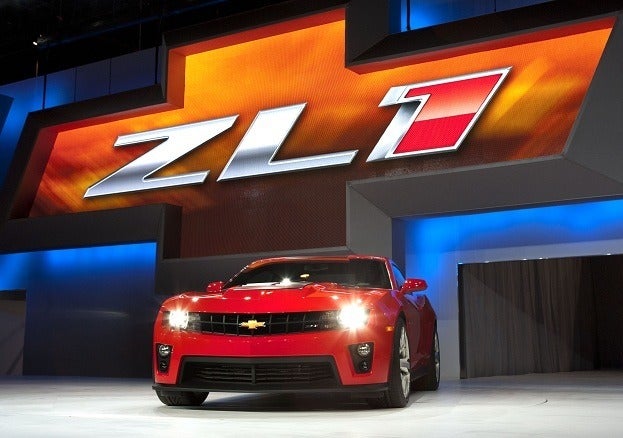 For modern muscle car fans, a countdown clock ticks for the Chevrolet Camaro ZL1 super pony car’s release early next year. Guaranteed to be a hot commodity among American performance fans, the upcoming 2012 Camaro ZL1’s time on Chevrolet dealership showroom floors could be measured in hours rather than days. The chance to own a special Chevrolet Camaro vehicle can be an obsession for which only price separates us from your ultimate motoring desires. For the fortunate ones who have money readily available, it is only a matter of access for acquiring an early version Chevrolet Camaro ZL1. At the 2011 Barrett Jackson Car Auction in Las Vegas, a special version of the recently SAE certified 580-horsepower Camaro was available for purchase.

Securing a high bid of $250,000 in the Saturday evening auction, ownership of the 69th example Chevrolet Camaro ZL1 was handed over in Sin City. While not the coveted first production model, the 69th car has noted significance. Firstly, the numerology of 69 pays homage to the original Camaro ZL1 produced in 1969 with only 69 models built. Secondly, this production version of the Chevrolet Camaro ZL1 model will be the only car featuring a Carbon Flash Metallic outer appearance. The Carbon Flash Metallic exterior colour is also being used on the 45th Anniversary Special Edition trim for the 2012 Chevrolet Camaro. On board this special Camaro ZL1 is the entire performance array Bowtie fans are waiting to find in 2012. The 6.2 liter LSA engine, 6-speed manual transmission as well as the Performance Traction Management system optimizing suspension and Magnetic Ride Control is fitted to the Barrett Jackson auction special vehicle.

Auctioning off an example of the hottest new performance car has become common fare among General Motors. On previous products, General Motors was able to raise up to $1,000,000 per car for various deserving charities. The United Way, Detroit Public Schools Foundation, David Foster Foundation and American Heart Association have been past beneficiaries of Chevrolet’s high-profile sales forum. With this year’s Chevrolet Camaro ZL1, proceeds are going to the YMCA of Southern Nevada.

Paying $250,000 plus a 10 percent buyer’s commission is a familiar auction customer of these factory collectables. Car dealership mogul and NASCAR Sprint Cup team owner Rick Hendrick placed the winning bid on the 2012 Chevrolet Camaro ZL1. Perhaps celebrating three of his four NASCAR teams breaking into the 2011 Chase for the Sprint Cup, Hendrick has been turning his winning ways at the track into auction victories for Chevrolet products. In the past three years, Rick Hendrick bought the first retail examples of the Chevrolet Corvette ZR1, the reintroduced Chevy Camaro and the plug-in hybrid Volt.

As the 69th production model is earmarked to the popular race team owner, the fate of the first 68 Chevrolet Camaro ZL1s will be settled next year. However, as the production line will eventually crank out the Camaro ZL1 number 69, the charitable impact of $250,000 injected into the YMCA of Southern Nevada will be providing a great benefit thanks to the love of automobiles. 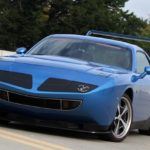 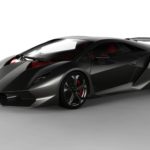