Unless they are previewing a production vehicle (and even sometimes in that case) concept cars are always a lot wilder than what is possible for production. That is because designers and engineers have a clean slate to do whatever they want.

Creative expression! Now production Lamborghinis are a lot more exotic and concept-like than just about anything on the road, but there are a few models that take that even further. Cars such as, the Sesto Elemento – Italian for sixth element, carbon fiber. In order to reduce weight, carbon fiber is something the Sesto Elemento uses a lot of, and that makes it pretty expensive.

Too expensive and time consuming to ever be a mass production (by Lamborghini’s standards, anyway) model. Many thought the car would be relegated to the concept file, but at the Frankfurt Motor Show Lamborghini Chief Executive Officer Stephan Winkelmann confirmed a small production run. Before it debuted, many were expecting the Sesto Elemento to preview the next-generation Gallardo. The Gallaro successor has still yet to debut but it shouldn’t be too far off. That can be witnessed by the endless special editions Lamborghini has been trotting out.

The Sesto Elemento follows up on the Reventon as an exclusive, limited run top-range model. Autocar reports that Lamborghini intends to do this from time-to-time, offering up limited edition models based on concepts. The deciding factor is reception the company receives.

Winkelmann says: “Once in a while we should do one-offs or special editions….in this case we made the concept and then got enough interest in it to make a limited run. If the car meets the image of Lamborghini and there is demand, we will build them…..the key is that every car we build meets the emotional standards of our company, and that it is profitable.”

That is a good standard to base decisions off. Hopefully it is something Lamborghini will apply when deciding to make an SUV or not as well. The Evoque seems to meet the company’s emotional standards a lot better than an SUV. 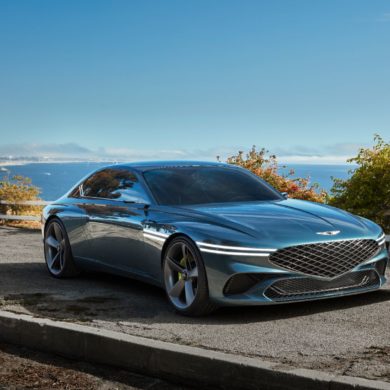