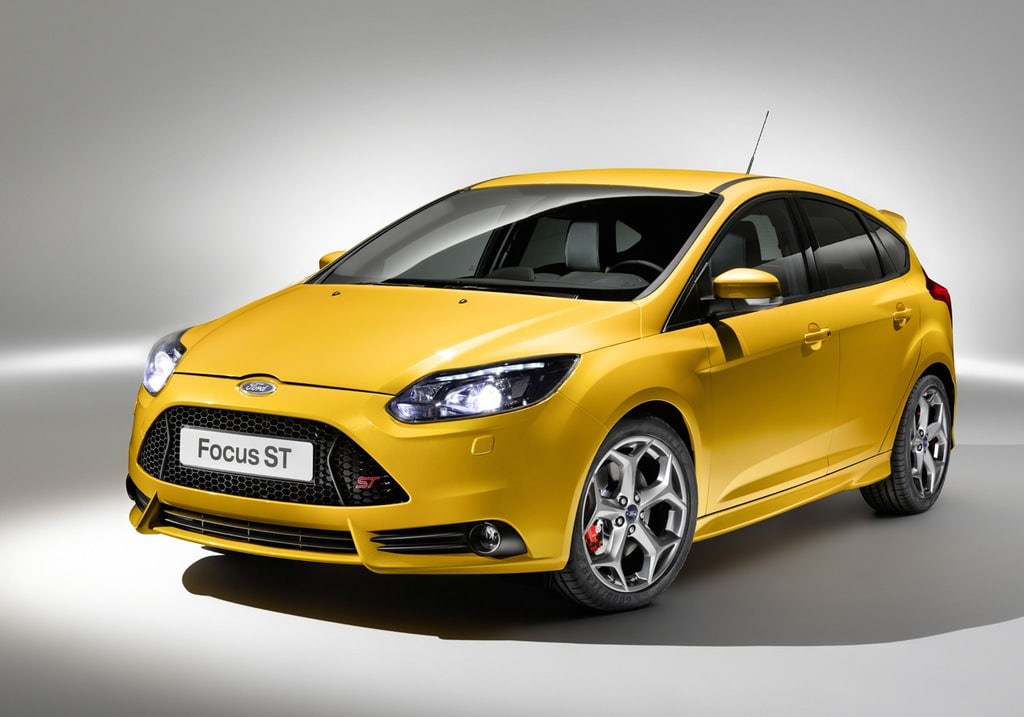 For years, while Ford enthusiasts in Europe got performance models like the Focus ST and RS, American customers were left out in the cold. This time around with the new generation Focus, Ford promised things would be different.

Performance iterations would be coming to the United States (at least the tamer ones anyway; we’re hoping for the RS too). At Frankfurt Ford is revealing the first of these new models, the Focus ST hatchback.

The Focus ST was previewed by a concept model that was shown last year. The production model arrives looking quite similar, with a unique design that ditches the standard Focus’ split grille design. Instead there is a one large lower grille that dominates the front end. It sets the ST apart from your average Focus. Side skirts, a reworked rear fascia and an exclusive yellow paint color round off the changes to the ST’s exterior. 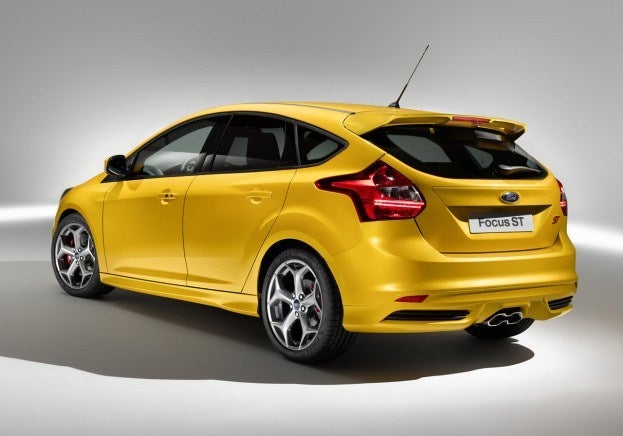 But, what is a hot hatch really about? What is under the skin; that’s the part we care about. The Focus ST is powered by Ford’s 2.0-liter EcoBoost four-cylinder. The boosted 2.0-liter makes 247 horsepower and 265 pound feet of torque and is mated to a six-speed manual transmission. The engine uses features such as high-pressure direct injection, low-intertia turbocharging and Twin-independent Variable Cam Timing (Ti-VCT) to generate its impressive figures. The Focus ST marks the first use of Ford’s 4-cylinder EcoBoost in a performance application.

Ford’s engineers paid particular attention to the car’s exhaust system, working to create an impressive driving soundtrack. The exhaust note was one of the things customers loved about the five-cylinder previous generation ST. We wouldn’t know; we’ve never heard it.

The Focus ST is Ford’s first world performance car, says Jost Capito, direct of Global Performance Vehicles “It’s the first performance model to build upon the design and technology strengths of one of our new global production vehicles……Focus ST hasn’t come around by chance….what came first was our global performance strategy, which has been developed with North America, Europe and Asia together. With this, the core DNA attributes like the steering, driving dynamics, the sound quality and the power enhancements for all ST models have all been defined to the extent that our engineers can take that global DNA fingerprint and use it to create the new Focus ST.”

Ford isn’t kidding when they say global; Focus ST will be sold in 40 markets around the world. Europe still gets something we don’t though; the surprise introduction of an ST wagon model. You can check out both cars in our gallery below. For those interested its good to know you will actually be able to buy a Focus performance car (except for the wagon, that is). Got to love that interior; it really looks the part with its aggressive Recaro seats. 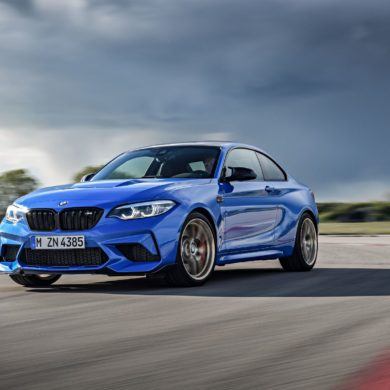