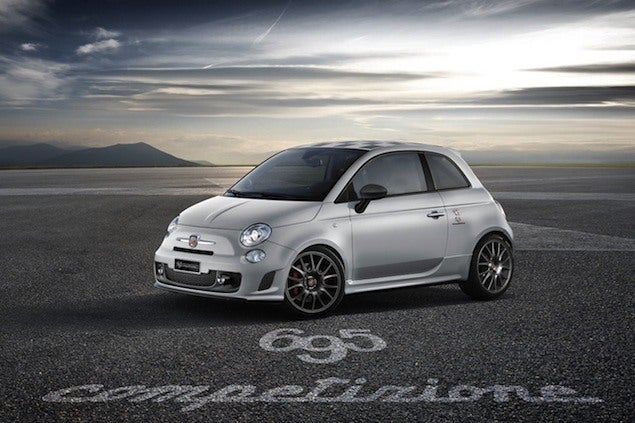 Okay y’all, her we go again: Abarth tuner of all things small and Fiat will be rolling out three new specials for the upcoming Frankfurt show. To get the un-anointed up to speed, Abarth is to Fiat, the way John Cooper is to Mini, AMG is to Mercedes or Sox & Martin were to Mopar. In other words, they are the official, unofficial company go fast guys.

And Abarth, just like every other European automaker out there, is not going to let the Frankfurt Auto Show go by without something impressive to show. And, in the Turin tuners corner, there will be not one, but three new rides to gawk at.

Abarth seems to think that their 695 Tributo Ferrari version of the everso cute (and in the case of the 695 Tributo Ferrari, everso fast) 500 wasn’t good enough, so they’re upping the performance game. And that right there is why I pay so much attention to Abarth: Fast is never fast enough for them. Anyway, even though the 695 Tributo Ferrari is the fastest 500 to date, they will be showing a further refined version dubbed the 695 Competizione. Motivated by the same 180-horsepower 1.4-liter 16-valve turbo four found in the Tributo, the 695 Competizione also features a paddle-shift transmission (hot!), 17-inch alloys and Brembo brakes that are found in the Ferrari edition. The Competizione does ditches the Ferrari logos and bridges the gap to the track special Assetto Corsa, in a more streetable package. 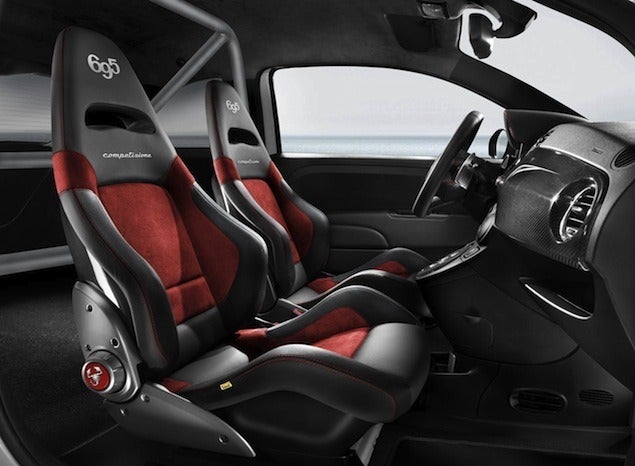 Number two of three Abarth Specials will be the 500 Cabrio Italia. This special 500 is being presented to celebrate the 150th anniversary of Italian unification. This whole 150th anniversary thing is sort of like their Bicentennial, only much more puzzling since Italy has been around since Romulus and Remus … but getting into the details of Italian political “structure” would take a lot more room than I have at my disposal, or a lot more patience than any of you have. At any rate, the 150th anniversary is a big deal, so this special 500 gets a special blue paint job with a folding roof panel, a 160-horsepower turbo four with an overboost function and five-speed manual. No, I have no clear idea what an ” overboost function” is, but it sounds like fun, doesn’t it? 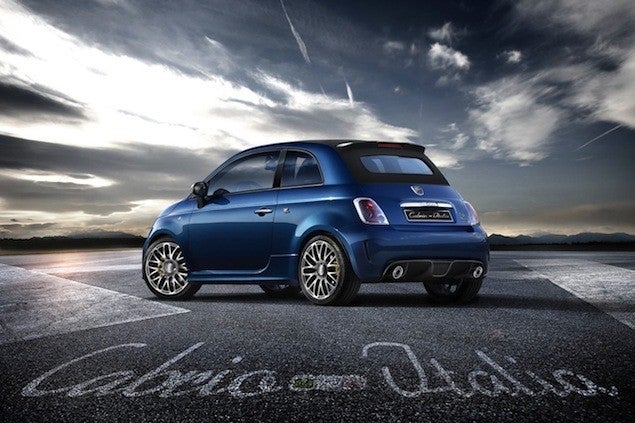 And the final Abarth triplet for Frankfurt 2011 is the Punto SuperSport. The Punto is sort of Fiat’s answer to the VW’s Golf or Ford’s Fiesta. Fiat had already produced a hot rod version of the Punto, called the EsseEsse, but the Punto SuperSport takes the existing to new extremes with a 180-horsepower 1.4-liter MultiJet engine, a Koni suspension package and tricked out interior with Sabelt buckets and Jaeger instruments. Nice, huh? 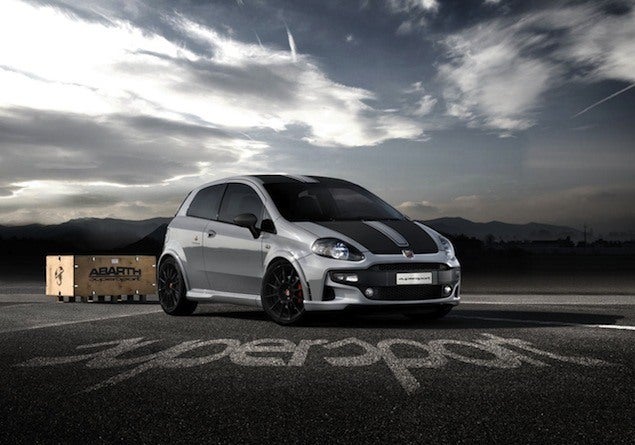 Sadly, no word that any of these will be making it across the pond, but they probably won’t. Which is sad, since Fiat owns Chrysler, and it looks like not only the cross-contamination is happening but Fiat 500s are here already (hell, I just saw two over the weekend).

No, there’s not that big of a market over here for things like Puntos, but I would bet that there are more than enough gearheads out there that would love to get their mitts on a 500 with a 180-horsepower 1.4-liter 16-valve turbo four, paddle-shift transmission, 17-inch alloys and Brembo brakes.

I know I would.