Despite the physical toll on drivers and team members, mental focus along with the obvious rush of competition, auto racing is often disregarded or completely neglected from professional sports. Some critics against the ‘sports’ classification on auto racing references car as largely responsible for the athletic aspect during an event. A sharply untrue statement, the truest most example of a motorsports athlete the legendary Brazilian Ayrton Senna. 65 pole positions, 41 wins and three world championships earned through 161 races at the highest Formula 1 competition captures the 10-year career of Ayrton Senna numerically. Impressive statistics, the film documentary Senna personifies the late athlete behind the Formula 1 achievements.

Competing in Formula 1 from 1984 to 1994, Ayrton Senna’s career and life is beautifully documented. While cold, hard statistics is of interest to hardcore Formula 1 racing fans, Senna avoids burying itself in statistics giving a more personal look at the Brazilian legend. Through Senna family home video, interviews, and through a rare peek into the Formula 1 drivers meetings of the early 1990s, the racer’s personality is brought to life 15 years after his tragic crash at the 1994 San Marino Grand Prix. Senna’s parents and sister, McLaren team principal Ron Dennis along with Formula 1 series’ chief doctor Sid Waltkins enlightens us on the life of the legendary sports figure.

Ayrton Senna’s famous second place drive at Monaco driving a Toleman race car, first win with Lotus, all three championships with McLaren and the climatic 1991 victory at his home Grand Prix of Brazil are highlighted as grand moments in a 10-year career. Showing some of the greatest drives of the Brazilian professional, Senna’s mastery in the rain is a continuing theme in the documentary as a supernatural force connected for an arguably supernatural being. 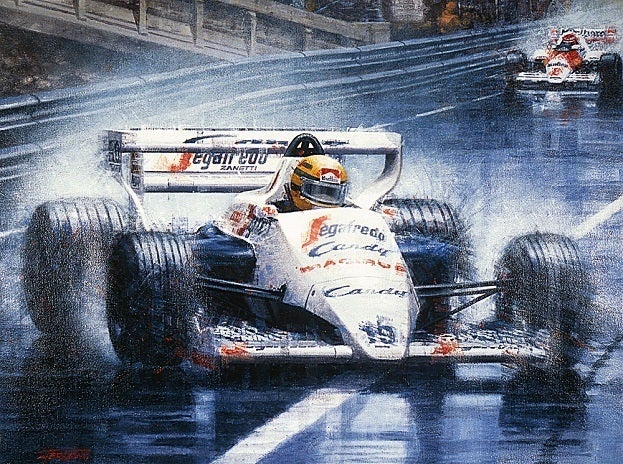 Customary for any detailed look at Ayrton Senna is the famous feud between his McLaren teammate through the late 1980s Alain Prost. Entering the McLaren team in 1988 with Prost being the established driver, Senna’s addition to the league’s top organization was exhibited as an acrimonious situation which boiled over into the most volatile relationships among sports teammates. After Ayrton Senna grabbed his first driver’s world title in 1988 through a brilliant drive, the following year’s championship was decided with a controversial collision between Senna and Prost. By virtue of this incident, this documentary gains two antagonists through Alain Prost and the past FIA president Jean-Marie Balestre. A Frenchman like Prost, Balestre elected to punish Senna for driving through a chicane in rejoining the race. Though the McLaren team feud showed to competitors at their best (and possibility worse), Senna’s relationship with both of those figures shows off a more layered relationship than a basic ‘hero and villain’ battle.

From beginning to the end of Ayrton Senna’s life in 1994, the film dramatically characterizes changes to the driver’s psyche. While Senna remains a kind, caring and passionate person throughout his racing career, Ayrton Senna is seen as one eager, young hot shoe upon receiving a ride in the Toleman. Early in the movie, Ayrton Senna was a man deeply in love with life and racing following many carefree years in go-karting. Through the story of the young Senna, he is quickly caught up on the auto racing series’ politics. 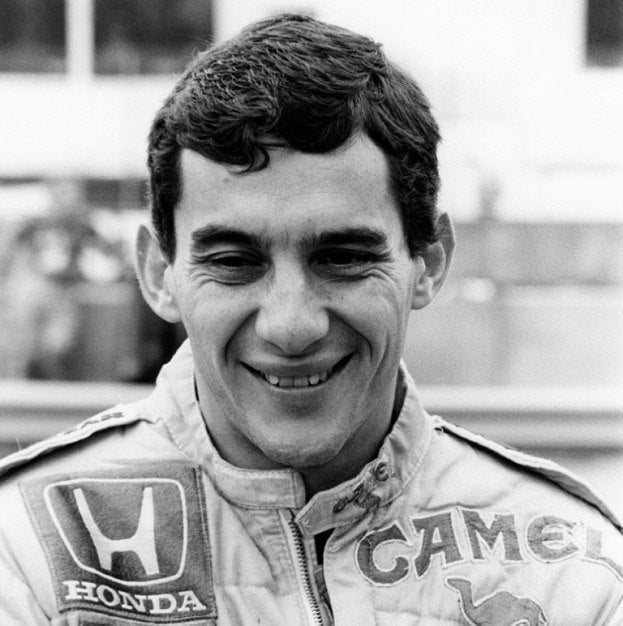 While Senna correctly portrays the Formula 1 driving legend as a hero to the impoverished and opposed people of Brazil, the documentary also shows Ayrton Senna as a person pushed to conflict with even his own competitive principles. In the 1990 Formula 1 title fight, the documentary replays footage of how Senna took the champion through a collision with Prost at the Japanese Grand Prix mirroring the incident one year before. As politics become a main theme to Ayrton Senna’s career as he rose to a three-time world champion, the Brazilian legend would ironically to shown initiating arguments in the latter years of his career. One such incident occurred as Senna wanted his Williams team to issue a protest against the Benetton racing team car piloted by eventual 7-time Formula 1 champion Michael Schumacher.

Featuring graphic crash footage, the documentary plainly reveals that Ayrton Senna was not oblivious to dangers of racing. As a benchmark competitor, it was important for the Brazilian driver to know his fellow racers were alive after the most vicious crashes. Relying on a deep belief in god, there were times Senna commented he felt a surreal connection while racing. Near the end of Ayrton Senna’s life, the documentary illustrates a man in conflict with an unbalanced Williams-Renault race car as well as an unsettled soul.

Though so many viewers realize the conclusion of Senna, the film brilliantly concludes after 1 hour, 45 minutes as more than just a motorsport movie. A human being pressing himself to greatness, Ayrton Senna’s humble nature becomes the basis for what is now an enduring dynasty.