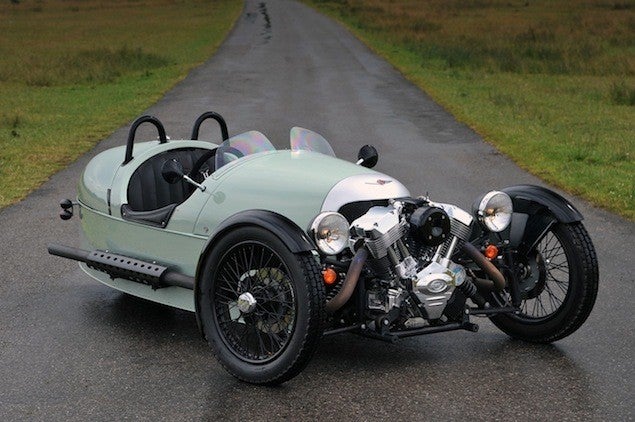 Looks like Fifth Gear (a knock off of a knock off of a knock off of a TV show where a bunch of guys (in this case, twee, pasty Brits) hang around and talk about cars) got their paws on a pre-release version of the upcoming, reborn, old-school (but still wonderful looking) Morgan Three Wheeler (aka Trike, as they were called back long ago). There’s not much news, other than a video of aforesaid Brit-guy hooning around a bit, but it does give me a perfect excuse to talk about these things some more. 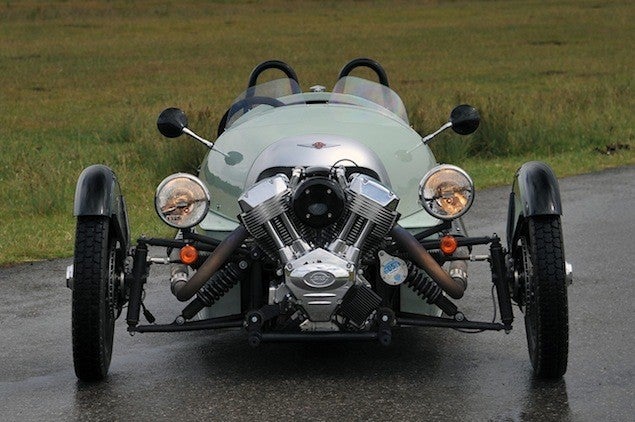 I’m starting to worry that these preposterous looking little “cars” might be usurping the place in my heart currently occupied by the great Lotus 7. That place being, of course, the place where the lightest weight, most minimalist sports cars can be found. A place for rides like the Seven and the Ariel Atom, and, now that they will soon be available for anyone with ~$40K and the lack/excess of brain cells, the Moggy Trike.

The other day I was emailing back and forth about the Morgan Three Wheeler with two friends of mine. One is an ex-bandmate and son of a WW II fighter pilot, the other is a great left-handed guitarist, security engineer, and listened pilot (both fixed-wing and helicopter). All three of us have serious lust for the Three-Wheeler (although, sadly, the chopper pilot friend said that the Morgan people told him he was too tall to fit, at 6 foot 6 inches). It was in the context of discussing both sportscars and planes in the same conversation that I started looking around. 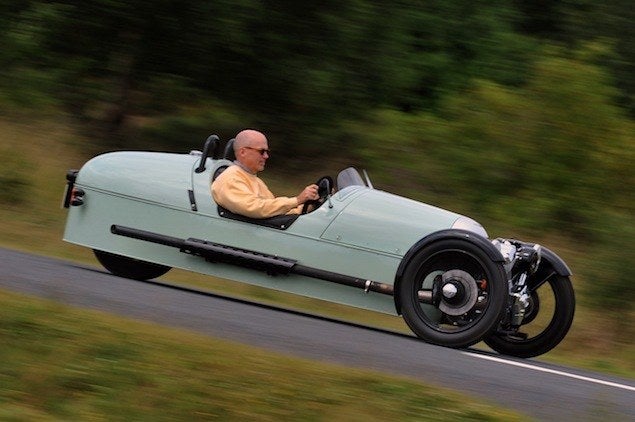 To wit, here’s the specs for the Morgan:

And here are the specs for a Fokker Dr.1 Tri-plane

Not all that different, are they? Okay, sure, the Morgan does not come with twin Spandaus, even as an option (more’s the pity) but other than that, pretty close. Hell, they both even have radial engines, sort of. We all seemed to take these similarities as big plusses, rather than minuses. We also shared the opinion that there would be no point at all in owning just a single Three Wheeler. Either you convince a bunch of friends to buy them along with you, or you better buy at least two for yourself. Given that you can fit two of these into a single lane (allowing for shouted conversations over changes in routes etc.), let alone that having a friend to go out with on an early morning sortie on the way to breakfast is just too wonderful a thought to pass up. 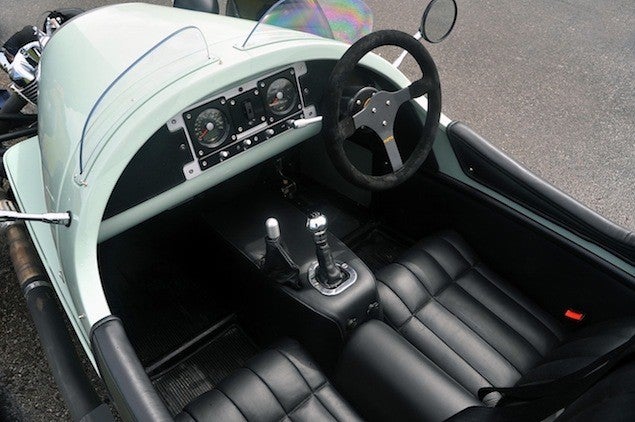 Morgan should really have a line of accessories like goggles and lapboards to hold maps and such, now that I think about it. And the more that I think about it, the more that being able to add the Morgan Three Wheeler into the ultra-minimalist sportscar club makes a sort of sense, continuity wise. With the whole idea of lightness being everything can be applied to all three cars, the Morgan Three Wheeler, the Lotus 7, and the Ariel Atom, but they all got at that approach with a what-was-then-current mindset. Maybe a gearhead collector of means should have all three? 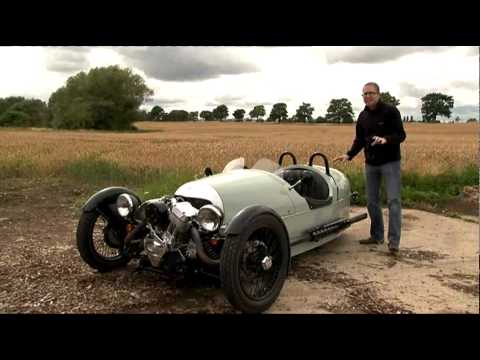