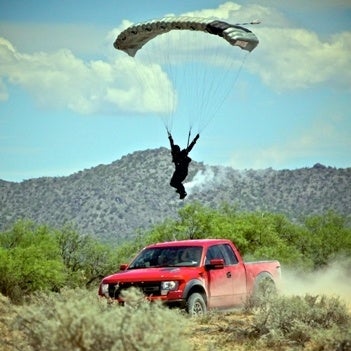 Now that Top Gear America has started into their second season, we can take a look back at the first season to see how they did, what they did right, and what they did wrong. For that, I’m looking to you to give me some comments and feedback on your thoughts. Be sure to leave your comments below.

If you did like it, BBC recently released the first season on DVD and Blu-Ray. BBC sent me a copy of the DVD to take a look at, and since I happen to really like the show, I was happy to receive it. The disc includes all ten episodes as well as a couple bonuses like a podcast and a series of “poolside chats” in which the hosts discuss airline travel and other pointless trivia.

In my opinion, they did a great job porting the show over to the States. Most of the negative reviews I read mention how they’re copying the UK version – of course it’s very similar. After all, it is officially Top Gear, it’s just the American version. We have to keep in mind that most Americans haven’t ever even heard of the UK-based Top Gear, and this show will appeal to them. To enthusiasts of the Jeremy, James, and Richard version, that’s where the criticism comes in. In my original Top Gear America review, I had a lot of comments saying the show simply wasn’t good or that the presenters didn’t have the same chemistry as the Brit boys. True – but take a look back at the UK version’s first season and tell me they started off with that chemistry.

If you did like it, you can head over to Amazon and save a few bucks.

Top Gear, races across the pond with the first season of the U.S. version of the world’s most popular car entertainment show. Coming to DVD this July, Top Gear: The Complete First Season, produced by BBC Worldwide Productions, includes all 10 episodes and exclusive DVD extras. The debut 3-disc DVD set features comedian Adam Ferrara, champion rally car and drift racer Tanner Foust and racing analyst Rutledge Wood. The intrepid trio packs the first season with super-cars, extreme stunts and challenges, car reviews, celebrity interviews and, of course, the Stig, Top Gear’s silent and mysterious racing driver. The show is chock-full of high-adrenaline action entertainment as it tracks the colorful history of the automobile as well as the eccentric adventures of its hosts with Top Gear’s customary wit and humor.

In this series, Ferrara, Foust and Wood take on extreme challenges including a moonshine run along a Prohibition route in the Deep South, teaching a blind man to drift a Nissan 370Z and racing a HALO jumper in a Hennessey VelociRaptor across the Arizona desert. The Stig also appears to set definitive “Power Laps” and the team tests some of the world’s fastest cars including a Dodge Viper SRT10 ACR, a Porsche Panamera Turbo, an Aston Martin V12 Vantage and more.

Check out the video below for a clip of the Top Gear guys racing a Hennessey VelociRaptor truck against a HALO jumper – it’s a good episode: 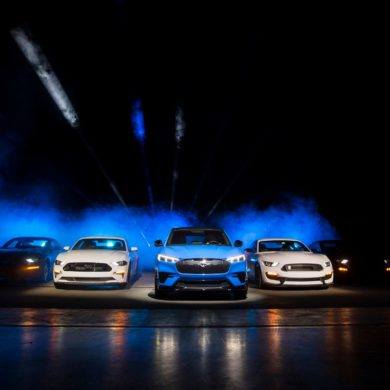