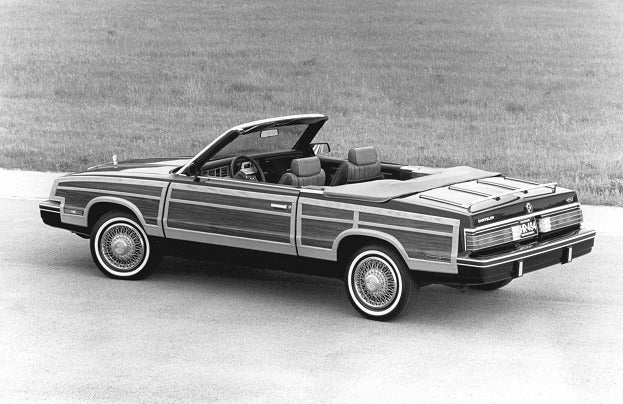 Since 1925, the Chrysler name in the auto industry could best be described as a survivor. Enjoying some real points, the Chrysler Corporation has also been an American auto company brought to the brink of elimination on several occasions. With the most recent scare coming 2009 when company’s restructuring required a massive government assistance loan, the business was effectively saved for the second time in 30 years. In 1979, Chrysler faced their first corporate bankruptcy amid a gloomy time in the American auto industry. Previous company chairman Lee Iacocca famously approached the United States government with the ultimatum “You can pay now or you can pay later” (The latter implying what would be a heavier drain on government social services). Of course, history showed the United States of America paid in both instances.

In the first bankruptcy, a habit of building poor products in the 1970s was said to be a contribution to the floundering car company. Chrysler’s rushed 1976 entry into the smaller vehicle segment with the Dodge Aspen and Plymouth Volare led to the cropping up of major quality issues. As the Pentastar brand sought to sustain itself in the 1980s auto industry, principles for more crucial, smaller vehicles took Chrysler into a necessary direction. Five years after the public relationship nightmare of the previous products, Chrysler Corporation brought out a radically rethought car compact to mid-sized cars. The Chrysler Corporation K-platform was born in 1981 to demonstrate the auto company was ready to embrace car consumer ideals still important 30 years later. 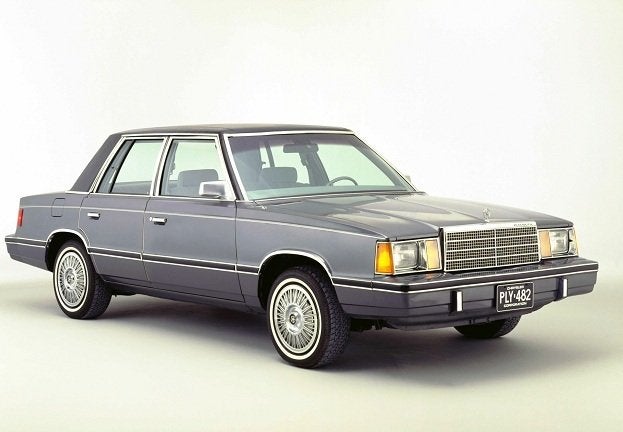 A front-wheel drive Chrysler platform (the second such Dodge or Plymouth after the Omni/Horizon subcompacts), the K-car conformed to a total length as much as 20 inches shorter than the vehicle’s replacement. The K-car was introduced across the Chrysler line-up as the Dodge Aries, Plymouth Reliant and the Chrysler LeBaron. Coupe, sedan, convertible and station wagon body configurations would be built on the K-platform challenging Chrysler engineers in providing large car comfort.

After a long time of living under “when in Rome, do what the Romans do!” philosophy, the 1980s United States auto industry saw companies adapting to “when in America, do what the Japanese are doing!” mentality. Part of this new way of thinking was to seek cooperation from Mitsubishi Motors in the construction of some K-Car powerplants. A 2.6 liter inline four-cylinder engine also allowed Chrysler to reuse the ‘HEMI’ name as it featured hemispherical combustion chambers. The Mitsubishi engines combined with Chrysler’s own four-cylinder, six-cylinder and turbocharged power plants. Using 1980s EPA fuel economy recording, the Chrysler K-cars were capable of beyond 20 miles per gallon ranges (a very desirable ability since the 1970s oil crisis). 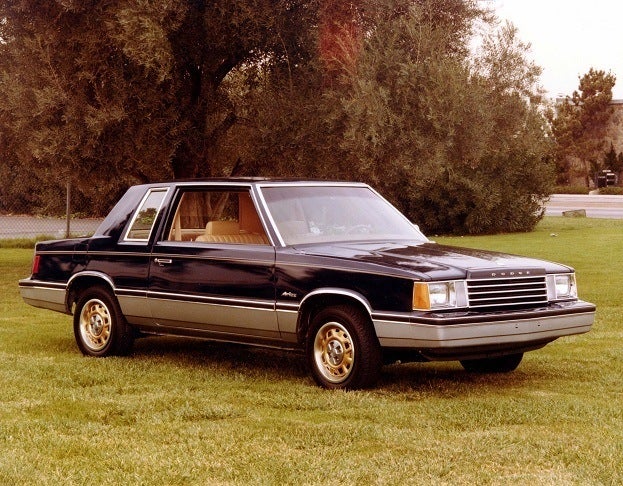 For the 1980s, the presence of GPS or Bluetooth was well down the electronic development pipeline. While the Japanese and even the European automakers received credit for implementing electronic gadgetry, American auto companies were not completely blind to the advent of basic computer technology. The K-car Chrysler LaBaron featured a digital dashboard as well as a cutting-edge driver warning system called Electronic Voice Alert. Sold between 1983 and 1988, the Texas Instruments developed Electronic Voice Alert featured a voice synthesizer that informed drivers of vehicle issues such as unfastened seat belts (similar to the lit message panels found in the instrument display of modern vehicles). A clever verbal reminder that would often end verbal warnings with “Thank you”, many motorists quickly grew irritated by their vehicle’s instructions.

Adapting to working trends in Japanese automobile construction, Chrysler realized the prospect of widespread use of using common parts to construct an entire range of vehicles. Used as a basis to build five different body types across three divisions, the Chrysler K-car was also featured on a 3.2 inches inch longer wheelbase. Called the E-Platform, the vehicle was basis for the Chrysler New Yorker, Dodge 600 Sedan and the Plymouth Caravelle models. The mid-1980s H Platform was also a lengthened derivative of the K-car platform.

The Chrysler K-platform was also the launching pad for what would be one of the automaker’s most successful vehicles in their most recent generation. In 1983, Chrysler brought car-like comfort into the versatility of a van to create their family popular minivan. Defined officially as the S-platform, Chrysler heavily borrowed interior and powertrain components from the K-car platform. The application of the K-platform parts into the minivan again highlighted Chrysler’s newfound skill in part sharing.

A vehicle that was so significant to the quick recovery of Chrysler Corporation in the 1980s contributing to 3 million in sales, the K-car is sadly not a celebrated vehicle 30 years later. Despite many K-cars now qualified as antique vehicles, the preservation of a Dodge Aries and Plymouth Reliant is not an exciting project. One exclusion could be the Shelby outfitted Dodge Lancer constructed on the H-platform. Despite its popularity, the Chrysler K-car earned an A-grade in restoring the Pentastar.