The Good Showing for the 2011 Goodwood Festival 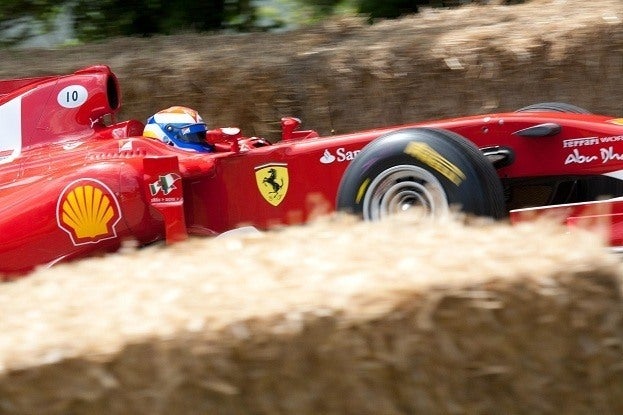 The only true disappointment with many auto shows is the limited or non-existent opportunity of seeing the greatest creations in motoring in motion. Taking place on the first weekend of July, the 2011 edition of the Goodwood Festival of Speed is an outside exhibition where museum-quality, near priceless machines are seen and heard. Within a well-forested area where plenty of green space, the event is also considered as “the largest motoring garden party in the world”. First held in 1993, the Goodwood Festival of Speed has grown as a multi-day world gathering that featured some of the most marvellous pieces of motorsport history.

With motor vehicles as ancient as the 1909 Blitzen-Benz, presentations of auto racing’s golden age within the 1950s through to the 1970s intrigued as signs of automotive technology progression. The Chaparral 2J CanAm sports car and a Ford GT40 were a few of the classic motorsport combatants in motion at the 2011 Goodwood Festival of Speed. A fantastic opportunity for 150,000 spectators to be willingly schooled in auto racing history, the hills of Goodwood connected to the 21st century with future classic vehicles. Fresh off a victory at the 24-Hour of Le Mans, the Audi R18 Tdi was driven by Audi Team Joust driver Marco Werner. A British touring car-fitted Chevrolet Cruze as well as GT3 class sports cars such as the Mercedes-Benz SLS AMG and the all-new McLaren MP4-12C brought into prospective over 100 years of power and glory. In amongst all the motoring history, automobiles transcending the timeline included the Audi Ur-quattro S1, Porsche 917/30, Jaguar XJR9 le mans prototype and a Hennessey Venom GT supercar. 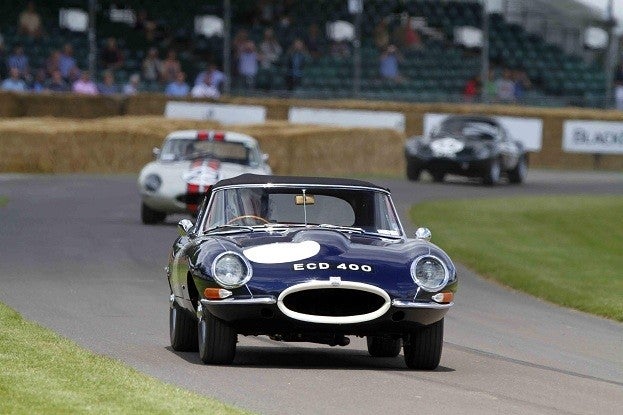 Beyond the beauty of the race cars themselves, the most attractive quality for the Goodwood Festival of Speed is the reuniting of the world’s most successful motorsport drivers with vehicles having provided a significant role in defining their careers. This year, the spectacle of cars and drivers side-by-side has never been stronger as Indy car, Formula 1, sports car, rally car and motorcycle racing. Awaking the hills on the Friday kicking off the three-day event, past racing greats such as Formula 1 World champion Emerson Fittipadi, three-time open wheel champion Bobby Rahal and three-time Indianapolis 500 winner Bobby Unser began navigating the Goodwood hill, a 1.16-mile rising 300 feet to a finishing summit. While there were some timed runs with certain cars, it could be forgivable that most vehicles were more paraded up Goodwood‘s track.

With internal combustion engines powering most of the cars of yesterday and today, 1963 Indy 500 winner Parnelli Jones revved-up something completely different. Called the Lotus 56, Jones piloted a 1968 jet turbine powered Indy car designed to go after a Brickyard victory. An aerodynamic wedge-shaped vehicle, the Lotus 56 was a revision to a 1967 vehicle Parnelli Jones almost guided to a win at the Indy 500. As the race’s sanctioning body outlawed turbine-powered cars in 1969, the Lotus 56 retired winless in competition. Shown off at the 2011 Goodwood Festival of Speed, the car was brought back to life projecting its unusual automotive sound to the crowd. As an assortment of modern race vehicles rolled at the English motoring festival, current motorsport stars presented themselves to the crowds through the Friday, Saturday and Sunday of the show. Recent Indy 500 winner Dan Wheldon, Formula 1 driver for Red Bull Racing Mark Webber and Mercedes GP’s Nico Rosberg were among a few names at Goodwood. IZOD INDYCAR Series point’s leader for Target/Chip Ganassi Racing Dario Franchitti showed some respect to some older racing machines than his regular Dallara-Honda. Driving a Mercedes-Benz 190 Evo II, Franchitti also received a second chance to pilot the 1965 Lotus 38. First rear-engined vehicle to win at the Indianapolis 500 in the hands of the legendary Jimmy Clark, Franchitti first connected to his fellow Scottish driver Lotus 38 last year in a photo-op at the Indianapolis Motor Speedway. Other active racers at Goodwood Festival of Speed included the McLaren Formula 1 drivers Lewis Hamilton and Jenson Button. Trusted with a variety of McLaren cars, the pair drove the 6-time winning 1980s McLaren MP4/1, the 2008 driver championship-winning MP4/23 car and the McLaren MP4-12C supercar. The Ferrari, Lotus-Renault GP and Red Bull Racing Formula 1 cars would also take to the Goodwood hill.

Having formally announced his retirement during mid-June, 81 year-old British driving ace Sir Sterling Moss gave the Goodwood crowd a show of motoring greatness. Well-regarded as the best Formula 1 driver never to win a world championship, Moss appeared to have exempted the 2011 Goodwood Festival of Speed. On the two days he was attended the event, Sterling Moss took the wheel of the 1961 Ferguson Project 99 (a car Moss declared his favourite Formula 1 car). For those wondering, yes the Ferguson name on the Formula 1 car was connected to the farm tractor company. In fact, the all-wheel drive open wheel racer was built as a showcase for the gearboxes employed on the tractors. Driven by Sterling Moss to victory in the 1961 International Gold Cup, non-championship Formula 1 held at Oulton Park, England racing in wet conditions. The victory is recorded as the last win by a front-engined Formula 1 car and the only victory by a four-wheel drive. Timed on the Goodwood hill, Moss negotiated the classic Ferguson Project 99 through the circuit in 1 minute, 42.6 seconds. While Sterling Moss was 6th fastest in the machine, the Ferguson Project 99 was wheeled to a best in category time of 1 minute and 2.3 seconds on Saturday in the hands of Stuart Rolt. Stuart Rolt is the son of the car co-developer and Formula 1 driver Tony Rolt.

After three days, the fortunate motoring-adoring crowds left having sampled a feast of dynamic automotive and motorcycle racing history. A 2011 Goodwood Festival of Speed is an event words would fail to fully-encompass.