Unlike General Motors who experienced a major sales and earnings bounce when that auto company relieved itself of many financial burdens through bankruptcy, Chrysler Group’s road to recovery has been less splashy. Chrysler Group had very little to celebrate since German auto giant Daimler-Benz pulled out the troubled American auto company. Though products like the Dodge Caravan and Ram full-size pickup truck remains hot sellers in the United States, the Chrysler brand had featured an aging product assortment up to the 2010 model year. Even after the automaker restructured through its own bankruptcy, Chrysler has failed to build the same short-term enthusiasm. In fact, many automotive analysts strongly insinuated the demise of Chrysler is approach. Tired of the bleak outlook from outsiders, Chrysler issued their rebuttal to critics early this year.

As the Green Bay Packers marched towards the end zones to win Super Bowl 45 this past February, one television commercial featured an inspired beat for Detroit. More than a basic commercial, the Chrysler spot called “Born of Fire” served as an over two-minute feature presentation meant to change consumer perceptions of domestic vehicles. Earning nothing but praise since it premiered during the major football broadcast throughout the United States, the Chrysler television advertisement is now recognized internationally as a sensation.

One of over 24,000 entries in the running at the Cannes Lions 58th International Festival of Creativity in France (one of the most prodigious advertising award show), Chrysler’s “Born of Fire” commercial was honored with 5 awards. Four of the five honors the Chrysler commercial received were Gold Lions (the highest awards for each category). Awarded with Best Script, Best Direction and Best Use of Music for Eminem’s “Lose Yourself”, the “Born of Fire” spot also captured Best Automotive Commercial. A Bronze Lion was also given at the Cannes festival for Best Editing.

Assembling a story of the Chrysler brand and the embattled city of Detroit as a singular entity, the “Born of Fire” commercial continues to be a rallying signal that has awakened Chrysler Group. Both suffering injury due to economics, the commercial explains the will of Chrysler and the famed Motor City remains strong. As of the end of May, 2011 sales for all the divisions within the Chrysler Group are up 20% compared to the previous year. Helping the cause of the Chicago Chrysler Dealer as well as other North American dealerships, the improved morale has radiated throughout the auto company.

Counting out the Pentastar is something no automotive insider or outsider should consider. A proud and firm decoration from an American manufacturer, the message from the Chrysler brand’s “Born of Fire” commercial is affirmative and rings true in the hearts of every American. 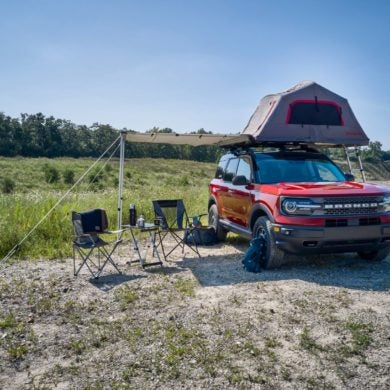