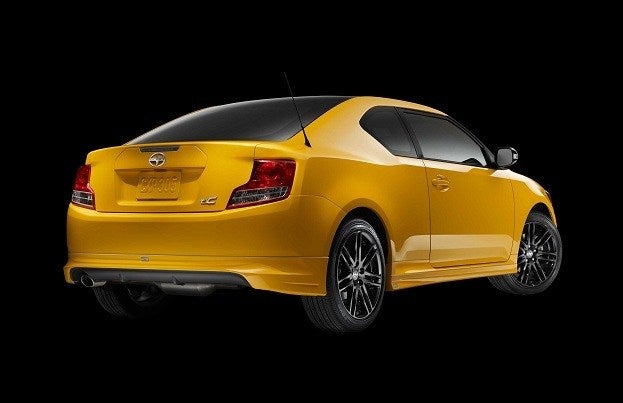 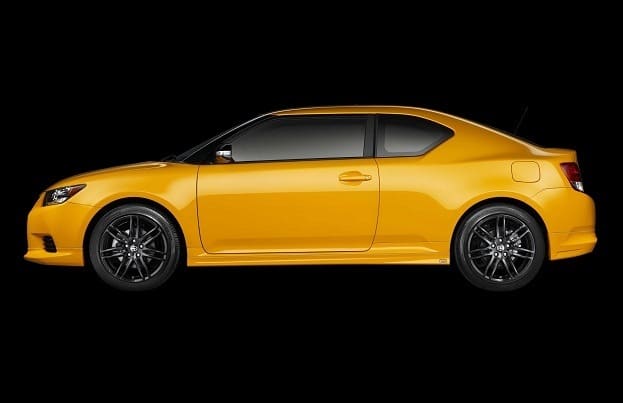 Seeded by the smartphone and tablet market, a consumer’s desire to personalize our possessions has been taken to a new level. Even as the modern automobile have successfully scared individuals from modifying new vehicles in fears of interfering with electronic or voiding warranties, auto manufacturers have given some desirable whimsy. The Scion division of Toyota Motor Corporation has defined themselves with extensive factory or dealer customization of new car purchasers. Along with giving a healthy assortment of wheels, body kits and interior trim add-ons, Scion has highlighted their expressionism in a limited edition run each year called the Release Series. For the 2012 model year, the Scion brand continues their tradition with the tC Release Series 7.0 coupe.

The marriage of yellow and black is continued inside of the 2012 Scion tC Release Series 7.0 within the pattern for the seating fabric. Yellow stitching is used incorporated on the special edition vehicle’s leather-wrapped steering wheel. On the tC Release Series 7.0, two technological touches have been added by Scion. For the first time on a Scion product, the Toyota Smart Key system now needs the motorist to simply grab the door handle to enter the previously locked car. For more assertive starting, a red push button starter works in conjunction with the Smart Key system. The second treat of technology inside the 2012 Scion tC Release Series 7.0 is an upgraded stereo system. Sourced from Pioneer, the standard 300-watt output audio system includes HD radio, CD player and all connections for iPod and other portable music devices. 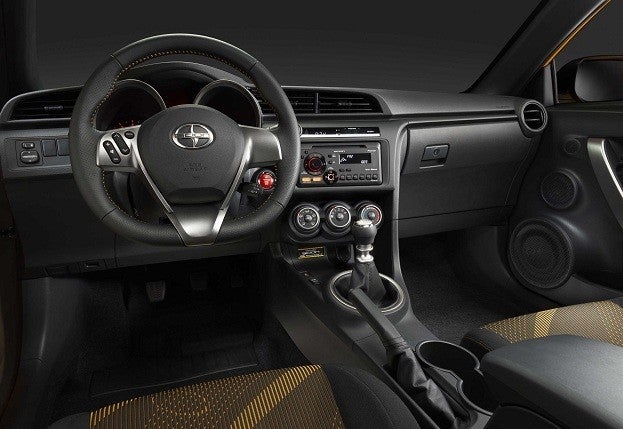 For a more robust audio experience inside the 2012 tC Release Series 7.0 there is an available Pioneer Premium Audio System controlled through a 5.8-inch LCD touch-screen. The optional premium sound system adds iTunes tagging as well as the wide selection of internet radio through the Pandora service. In addition to the Release Series, all Scion tC will include standard Bluetooth connectivity in 2012 for audio streaming as well as hands-free conversations using many popular cell phones.

Available with a 6-speed manual or 6-speed automatic transmission, the 2012 Scion tC Release Series 7.0 two-door will exist in only 2,200 examples. Pricing for the special yellow sport compact will start at a very spiffy $20,905 for the manual-equipped version. An automatic variant of the tC Release Series 7.0 can be snatched for a $1,000 extra. 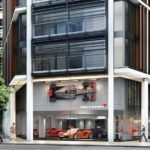