So there I am, helping my friend Carl sort out Vanagon parts in his home-based shop. Carl is usually into things like Riviera Grand Sports and modified Audi S6’s, but Carl is also into camping. Which means he’s been pouring huge amounts of cash into rebuilding a Volkswagen Vanagon Westphalia. It’s still in the body shop (late, as usual), so we’re puttering around getting all the bits and pieces we should be putting on the thing sorted and ready to go when it does finally arrive. Washer nozzles and fender trim and door panels that he ordered new from VW. And older, still functional stuff that he took off the car. Things like breather stacks and vent grills and those little flip up doors for the stove and outboard power and all that.

These last bits, or anything plastic at least, he stacking off to the side. “These I’ve got to clean,” he said nonchalantly.

He finally picks up about a third of the original plastic parts and starts heading into his house.

“Uh, what are you going to do with those?” I query.

“Take ’em inside and run them through the dishwasher.” 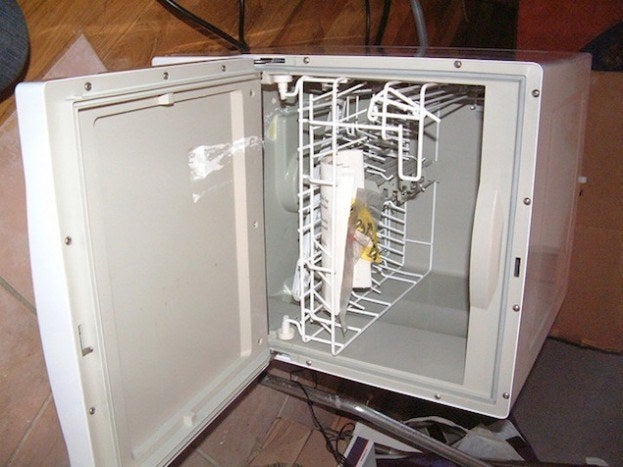 Which makes a ton of sense, apart from the fact that it’s in the kitchen, and his long-suffering wife, Stephie, would most likely quibble with the idea. We’re about half way through fitting these bits and bobs in like a game of 3-D Tetris, when Stephie clocks to what we’re doing. She’s in the living room grading some papers (she balances out Carl by being an English professor) when she looks up and says, “Carl, what are you putting into my dishwasher? Are you putting car parts in there? Again?”

“Just a few,” he says, hoping for things not to escalate too far.

And as things do escalate, but only to the level of gentle ribbing, I zone out, their back and forth taking on the tenor of an off camera adult lecturing Charlie Brown (wah-WAH-wah-wah-wahwah-wah) when I hit upon (what I think) is a brilliant idea: The garage dishwasher. 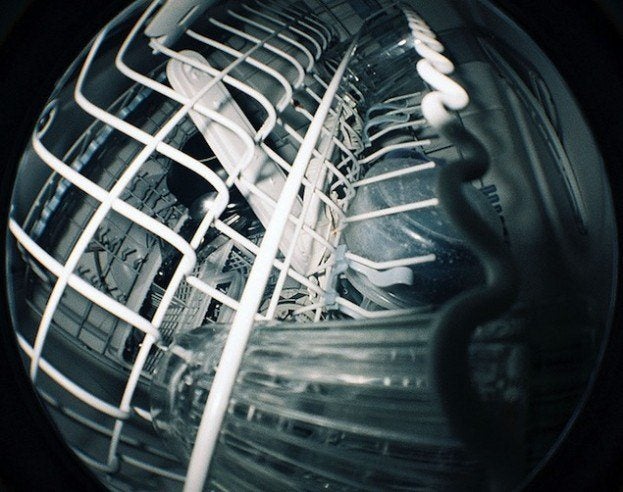 Sure, you have to have water hookups and drains and all that in place, but think of the efficiency it would bring. You get to re-use your old dishwasher (assuming it is still functional) and you get to clean parts in a much more timely manner.

Designing the ultimate garage, or just figuring out how to outfit yours, is one of those background, meditative acts that I do, and I know a lot of other gearheads also partake. Sure, sure, you ca go all Jay Leno, and figure out what to do with that 50,000 square foot warehouse you just bought with some of your lottery winnings (answer: Everything plus a full time staff of four). But really, reasonably speaking, we’re more in the realm of cheap workbenches and used metal cabinets from surplus stores. Figuring out where to store all your tools and where you can park that engine hoist and those sorts of things. 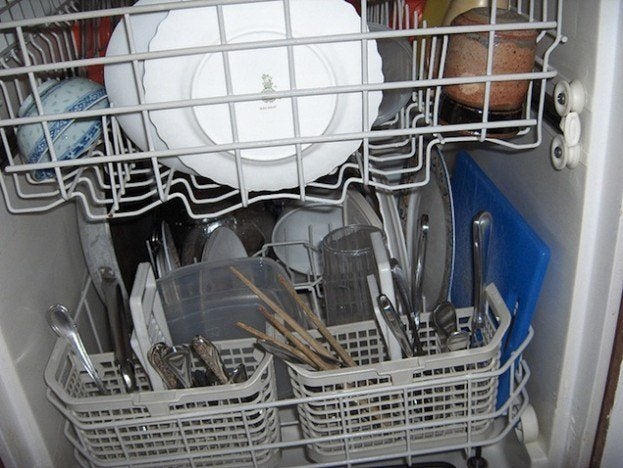 So, once you’ve figured out where to put the fridge, why not figure out where to put the still workable dishwasher-now-parts-washer? Because when these Westy parts came out of the dishwasher in Carl’s kitchen (or should I call it Stephanie’s?) they looked great, Clean as could be. And dishwashing soap is really good at taking off grease and road grime, it would seem.

Dishwashers don’t take up too much space. They could easily be tucked away under a workbench or a half-sized storage cabinet. Noise won’t be too much of a problem, since you are, after all, working in a shop.

And, and this is the kicker, peace would reign throughout the land. No longer would their be gnashing of teeth and rending of garments as, once again, you try and explain to your significant other, the light of your life, “She Who Must Be Obeyed” why it’s no big deal to clean plastic intake runners in the kitchen dishwasher. 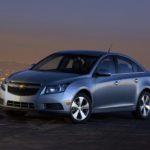 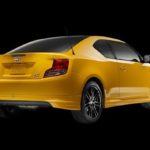