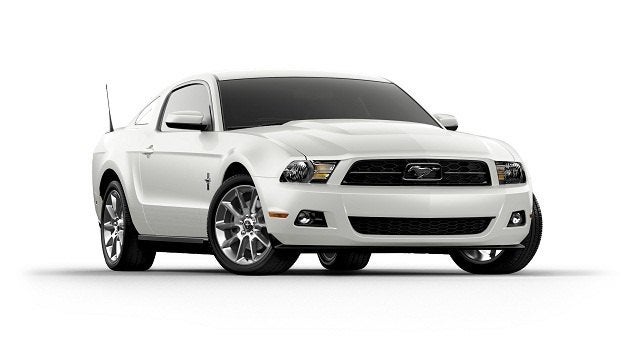 It has been culturally embedded in American motoring that a muscle car needs to be powered by a beefy V-8 engine. Through the 1960s, the words of no replacement for displacement were truer than ever as brawny eight cylinder engines were trusted for between 300 to 500 horsepower. While massive, high-performing powerplants gave birth to legends such as the Pontiac GTO, Chevrolet Chevelle SS and Ford Shelby GT500, less celebrated bunch of cars that served as a base model. Either inline-six or V-6 engines were found as economy car options known as sacrifices to high adrenaline excitement on the roads. At the end of the last decade, we are beginning to notice automakers are actively campaigning the V-6 engine can supply performance plateaus once deemed unreachable.

In 2011, all three vehicles of the recent pony car revival have six-cylinder engines producing over 300 horsepower. Base model V-6 powerplants, the Chevrolet Camaro, Dodge Challenger and Ford Mustang maintains super-powered V-8 engines dwarfing the entry-level performance. Despite the obvious longing many performance enthusiasts have to the highest horsepower and acceleration times, fuel prices have led to the almost identical V-6 models being seen as more attractive. In the case of the 2012 Ford Mustang, a new appearance and performance package can cause definite excitement. It could even be said the upcoming V-6 engined Mustangs will give into “Mayhem“.

Replacing the V6 Performance Package, Ford Motor Company’s new Mayhem Mustang Package increases the profile of the entry-level powerplant. In order to generate the performance package’s new name, Ford appealed to the crowds of Facebook to pitch a designation for the option. Through 3,000 unique submissions and 1.4 million votes enticed by a three-year lease of the Ford Mustang V-6, Mayhem Mustang was chosen as the package’s new name.

Borrowing from the parts bin of the Mustang GT as well as the Shelby GT500 model, the Mayhem Mustang package suspension system is greatly enhanced for better handling and a sport-like ride. Stabilizers, struts and shocks from the GT support the Mustang V-6 with heavier duty performance capabilities. From the Ford Shelby GT500, a rear lower control arm is added through the Mayhem Mustang Package. Beyond the mechanical alterations to the suspension, handling also benefits from a modified electronic stability control system with a sport mode.

Though there is no horsepower gain to the 3.7 liter V-6 engine, the Mayhem Mustang Package does involve a performance augmentation to improve the acceleration from the 2012 Ford Mustang’s 305 horsepower. Featuring the 3.31 rear axle differential gear, the Mustang V-6 models equipped with the Mayhem Mustang Package is likely to launch from 0 to 60 miles per hour in the mid-5 second range.

Laying down the rubber from Pirelli performance tires, the Mayhem Mustang equipment group for the 2012 Ford Mustang spins on specifically matched 19-inch wheels. When the need for stopping occurs with the 2012 Mustang, beefier brake calipers hold Performance Friction brake pads.

An ideal combination of equipment for a V-6 powered 2012 Ford Mustang; the Mayhem Mustang Package gives a chance to show off impressive aggression.