Rumors of Lambo SUV Heat Up

The on again, off again rumors of a Lamborghini SUV now seem to be on again. And not just on again, but on again with a twist. It seems that Lamborghini’s parent company Volkswagen, has no problem raiding the whole corporate parts bin.

This, as you would expect, leaves me with mixed feelings.

On the one hand. There’s always been something charming about the old school, folded paper design of Lambo’s LM002. Back when it came out, there was a certain flair to having an off-road truck with a big V12 squeezed into the engine bay.

But that was before SUVs from any automaker were as common as dirt and there was even a niche SUV market for high performance versions (Mercedes’ AMG stroked M and G class variants). And even worse, if Lamborghini does go down this road, who do you think will be the primary buyers? They will no doubt be the sort of people who not only think they need and SUV, but also think they need an SUV from an exotic car manufacturer. Self-satisfied music moguls, half-talented movie stars, hedge fund managers, they’ll be lining up like drunken sailors at a brothel, waiting to get their egos stroked. Just what the world needs.

The nuts and bolts of the current rumor has this ersatz Lambo SUV being constructed on the chassis/platform of corporate sibling Porsche’s Cayenne SUV. I know the Porsche Cayenne has a lot of advocates in the gearhead world. They all seem to rave about the fact that it has a lot of performance for what is essentially a truck. To me, that’s damning with faint praise, sort of like saying “it’s got great handling for a station wagon”. Luckily, the current rumors are this supposed Lambo SUV will feature an Italian V12, rather than either of the V6 and V8 engines used by Porsche. Auto Express says unnamed sources indicate the Lambo SUV is seen as a competitive advantage over rival Ferrari. Not sure who these “unnamed sources” are, but I’d bet they work as circus clowns in their spare time. I can’t see the logic they are advocating. Like someone in the market for a Ferrari 458 Italia will changer their minds and by a Lambo SUV instead.

On top of these disturbing SUV rumors, they come with side dish rumors of a production variant of the four-door Lamborghini Estoque, which would use a platform shared with the Porsche Panamera.

Now, I’m not entirely opposed to the idea of a four-door Lamborghini, and from a business standpoint, building it on the Panamera platform will help to amortize the, a-hem, costs of the Panamera (i.e. Porsche sunk a lot of capital into their four door, and, so far, they haven’t made the money back). But back to the problem at hand, which is, ultimately, spreading the corporate resources too thin. Sure, they can bring this off, and nobody has complained all that much about the cross-pollination between Lamborghini and Audi, but if Volkswagen does more and more what can only be seen as badge engineering, where will it lead?

VW is going on a big push to grab the number one spot of world automakers. They want more market share for every one of their divisions, from Skoda all the way up to the likes of Bentley and Lamborghini. Now, this was the standard operating procedure for General Motors for a long time, decades actually.

Sometimes they were able to bring it off; keeping Corvette pure, even though Vette drivetrains ended up in a few Cadillac models, keeping Saturn as Saturn. But this mindset and approach also lead to a lot of derision and contempt from the gearhead set. Remember the Cadillac Cimarron? Remember when the difference between a Cadillac a Buick and a Chevy was the badge and the amount of leather available? 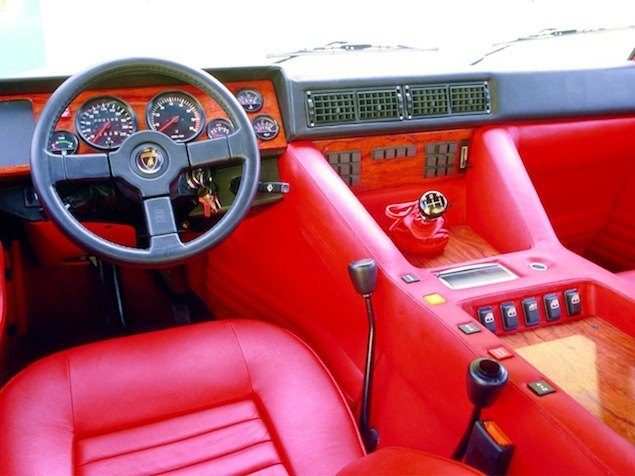 Eventually, if that is the road that Volkswagen goes down, and they start to get all bean counter about every division, then they might just face the same future that GM is only now digging themselves out of.

But who knows, since this is still in the rumor stage. And, on top of it all, VW and Lamborghini might just be able to pull this off. They might be able to design and build and sell a Lambo SUV that looks all right, is built well and will sell in sufficient quantities. Lord knows that sadly there’s enough self-satisfied music moguls, half-talented movie stars, hedge fund managers out there.