Ford’s Electric Plans Charged Up for 2013 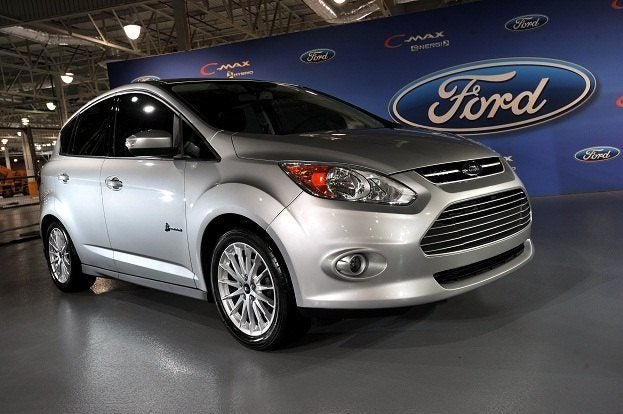 While Ford Motor Company did not invent the gasoline internal combustion-engined automobile, their products have been the driving force in proliferating our motoring society. Becoming the first affordable, accessible vehicles for the first generation of American motorists, the Ford Model T set landmarks for what would be expected of automobiles. Ford’s proven ability to promote automobiles to the general consumer could make them a powerful force as they step towards electrified vehicles. Ambitious about their future with advanced electric powertrains options, Ford has set a production target for 100,000 electric vehicles at the end of 2013.

In announcing their new goal for tripling their current annual assembly volume of hybrid and all-electric vehicles in just a few short years, Ford affirms plans for producing a new plug-in hybrid and conventional hybrid based on the all-new Ford C-Max. A 7-passenger compact vehicle constructed on the same platform as the 2012 Ford Focus, the C-Max is being produced on the same Michigan Assembly Plant. Ford Motor Company publicizes the electric-assist versions will be built in the United States creating 220 so-called ‘green jobs‘. Ford Motor Company began developing their own hybrid gasoline-electric vehicle technology in a time when it seemed Toyota was going to gain dominion over the greener automotive marketplace. Introduced first on the Escape compact utility vehicle, Ford expanded their conventional hybrid line-up by adding the advanced powertrain lessons to the Ford Fusion. Achieving combined fuel economy between 39 and 31 miles per gallon, the hybrid vehicles in the Ford line-up provided an instant boost that American auto manufacturers have been paying attention to gasoline-saving technologies.

As of late, auto companies have also been embracing a deeper kind of electrified vehicles. All electric and plug-in hybrid configurations are now developed to be production-ready for the global automotive market. Revealing the Ford Transit Connect electric vehicle for commercial-only sale in 2011, Ford’s latest candidate for battery power is Focus Electric to be available late this year. Throughout their implementation of hybrids and all-electric vehicles, Ford can be distinguished from most other automakers for their choice to use existing gasoline-based vehicle designs. Ford’s strategy is differs from manufacturers of the Chevrolet Volt, Nissan Leaf, Honda Insight and the popular Toyota Prius. This plan could be an attempt by Ford to better introduce electric vehicles as an option on current model rather than an outright alternative.

The Ford C-Max Hybrid and C-Max Energi are due for the North American auto market by fall of 2012. Along with the growing electrified armada Ford is creating, the company promises another hybrid entry is on the horizon. Growing their electric car portfolio, Ford Motor Company will also pass fuel saving technology of start-stop technology into their strong gasoline vehicle fleet starting in 2012 calendar year. Replying to Ford’s commitment to a greener vehicle future, the automaker’s group vice president of Marketing, Sales and Service Jim Farley declared “Customers have come to expect fuel efficiency with every new vehicle Ford delivers today, and now we are further differentiating our electrified vehicle line-up with something else people truly value – choice.”