In early May, Volkswagen announced it would be using its Polo small hatchback as an entrant into the World Rally Championship (WRC).

This was on the heels of an earlier announcement by MINI that it would entering the competition. VW is no stranger to rallying and competition; the company fields its Touraeg SUV for the Dakar Rally.

There have been a lot of rumors surrounding VW’s production of a high-performance Polo R variant. Now, with the entrance into the WRC, those rumors are reaching a fever pitch. British magazine Autocar reports that VW is readying a new Polo hot hatch. 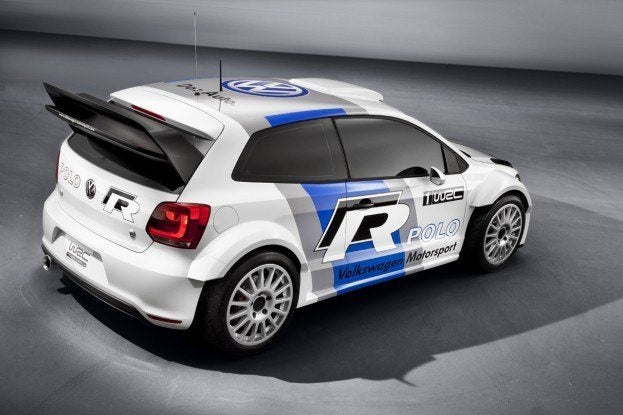 The car being entered into the WRC is labeled Polo R WRC, which would lend credence to a street-legal production offshoot. Before, the business case apparently wasn’t working out – and most likely VW executives didn’t want any cannibalization with the Audi S1 on the same platform.

Autocar spoke with VW’s board member Ulrich Hackenberg, who strongly hinted at the car’s production. “You can see how the World Rally Championship programme would increase the probability of an R version of the base model [Polo]” he said. As for a timeframe? “It is with the rally program, not before it. I can’t give a precise date, but it’s along those lines.”

That would most likely mean around 2013 at the earliest, as the Polo R WRC car won’t be making its debut in competition until 2013. Currently, the hottest Polo is the 177 horsepower GTI.

One thing that could have been holding off a more powerful model is the previous lack of all-wheel drive availability. The platform underpinning the Polo and A1 wasn’t engineered for it, however Audi is doing development work to bring it to the platform.

In this case, new Polo R model could share AWD with the A1. Regardless, this one is for international markets only, as the Polo is a likely no go for the United States once again.