As a manufacturer, no matter how amazing and high-end you make a car, there will always be someone who wants more. Or, just different….more exclusivity, personality, power, luxury – you name it. That’s what the aftermarket is for.

The Lamborghini Aventador hasn’t been around too long but Oakley Design is already taking their hand to it. And a pretty light hand at that too, at least cosmetically. Oakley isn’t about being outrageous and over-the-top – Mansory has that a corner on that section of the market.

Oakley Design’s Lamborghini Aventador is dubbed LP760-2. That designation differs from the standard car’s LP700-4. The standard car’s designation has a nice ring to it, but we digress. The LP760-2, as its name implies, gets increased power, to the tune of 60 ponies, for a result of 760 horsepower and 550 pound feet of torque. 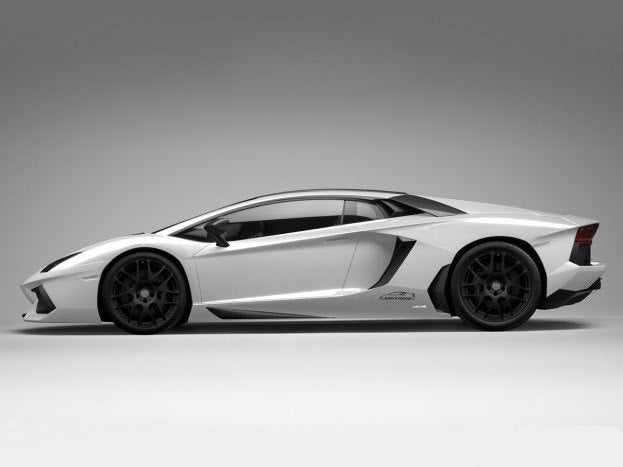 Instead of being routed through four wheels, the Oakley-tuned Aventador sheds its front drive shaft for rear-wheel drive power. Normally we are fans of rear-wheel drive; with all that power though we think we’d want the stability of all-wheel drive. Removal of the front differential, drive shafts and associated front drivetrain parts reduces curb weight by around 187 pounds.

Boosts to the engine’s power output come by way of a new titanium exhaust system (which saves a further 66 pounds), bigger airbox and intake and a re-calibrated Engine Control Unit (ECU).

On the exterior, the changes are few and serve to enhance the car’s appearance rather than change it dramatically. Front and rear bumpers are reworked to aid cooling, along with larger side sills that house redesigned vents. Customers can chose the sills to be body color, or left exposed in carbon fiber. Other carbon fiber bits are added on the side mirrors, roof and engine bay.

Topping it off, new black Signature Design wheels feature, and they are said to save 8.8 pounds at each wheel over their production counterparts. As far as exclusivity, just 5 Oakley Design LP760-2s will be produced, each with (of course) a numbered plaque. Three of the five unit run have already been sold. Oakley says individual pieces from this limited edition will be sold in the future, but not in a complete package.