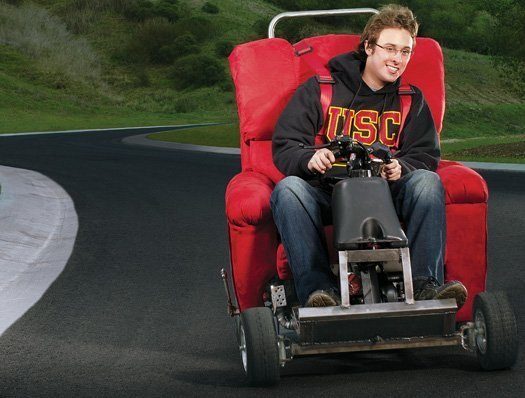 In the “strange but true” (and really cool, by the way) category comes this story from Popular Science. The world isn’t short of people who love to go fast, and that kind of fun comes in various forms – cars, motorcycles, dirt bikes, ATVs, snowmobiles.

Chris McIntosh decided to take a different route, with a motorized recliner. McIntosh is a student at University of Southern California and he first made an electric powered recliner a year and a half ago. He had gone through one or two previous leather recliners building his successful prototype.

Powered by batteries, the chair had a top speed of 15 mph. However, McIntosh had bigger plans for the recliner when the engine went bust.

Instead of electric power, he purchased a four-stroke dirtbike engine that makes nine horsepower. Incidentally, the engine fit perfectly in the space where the electric engine formerly resided. In true performance fashion, the recliner is rear-wheel drive, and this time to both wheels.

The journey from electric to gas power wasn’t entirely complete with that however. The recliner was pulling accidental 45-degree wheelies on its first outing. Extra weight was needed, so McIntosh added 30 pounds to the rear of the kart, as well as a roll bar and harness.

Also a dirtbike engine can generate a lot of heat, and one under the seat of a recliner it can be a dangerous proposition. To remedy the problem, McIntosh rerouted the glowing hot exhaust pipe and covered it in a fireproof wrapping. Crisis averted. 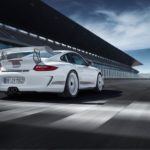 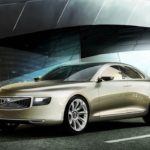 Next
Full-Size Volvo Not Moving Ahead 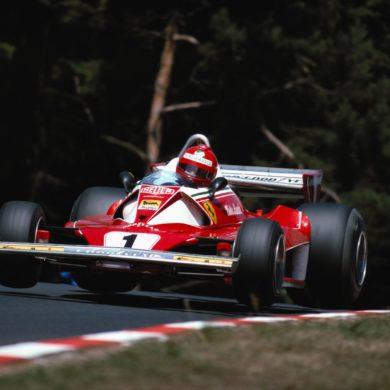