Taking another sabbatical as Safety Inspector at the Springfield Nuclear Plant (at least it is assumed in later episodes); Homer Simpson is now moonlighting in an all-new occupation. Channelling the longest-running animated series on network television, TomTom navigation added the popular bumbling father has been one of several celebrities’ voices available in providing turn-by-turn navigation.

One of the world’s lead providers of GPS-based navigational technology, TomTom introduced the favourite television character for downloading to TomTom units in 2009. Homer Simpson was joined by the more sinister personality of Springfield’s oldest and richest citizen Mr. Montgomery Burns. As in the case of the TV series, a driver can expect the Mr Burns voice to commandingly deliver directions with sheer arrogance. However, while Burns talks down, words of reassure can also be conveyed including the memorable catchphrases including “excellent!” and a confidence boosting commendation as “..a good little peasant.” Obtainable along with other famous voices such as Bugs Bunny, Knight Rider’s original KITT, and Darth Vader, these navigation system voices for TomTom devices cost $12.95 each.

Allowing customization of TomTom devices, the novelty could soon be lost. As the price of stand-alone navigational units has dropped (well below $100) and OEMs have pursued their own on-board technology solutions directing motorists, TomTom has also adjusted to the advent of automotive guidance coming from smartphones. More and more, drivers are utilizing software applications for devices such as the Blackberry and apple iPhone. TomTom realized this changing market trend ahead of time developing an iPhone app in 2009.

On version 1.7 of their iPhone app, TomTom has allowed the additional for the colourful Homer Simpson persona to guide users of their mobile devices. The Simpsons star addition to the iPhone app marks the first time a celebrity voice has been added to the mobile phone-based TomTom software. An in-app purchase, the direction of Homer Simpson will come at a cost of $5.99 US. The TomTom iPhone version 1.7 app adds enhancements to Map Share as well as the inclusion of HD Traffic that provides constant updates on road delays. The TomTom iPhone cost in total costs $49.99 US not including additional features.

Taking directions from the voice of Homer Simpson, you are thankful that the TomTom brand name backs up the beloved but slow-witted fictional character. With wrong turns reoccurring in the plot of the favourite animated series, one of the first episodes of The Simpson titled “The call of the Simpsons” had Homer and the family lost in the woods after taking a wrong turn on an RV excursion. Thanks to the modern developments of GPS-based navigation, the Simpson patriarch will be directing with an unaccustomed sense of competence through the apple iPhone. 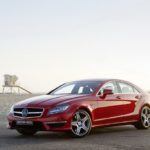