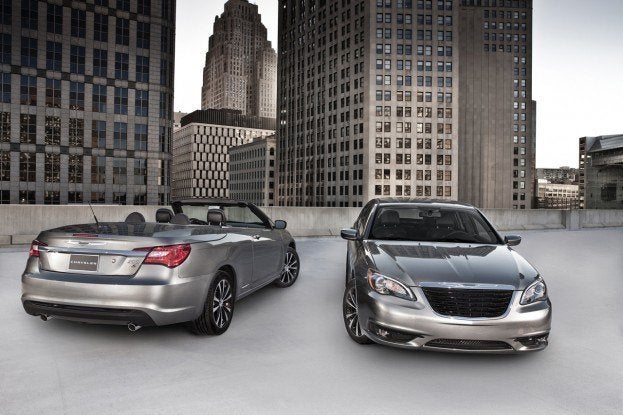 Everyone is focusing on the Shanghai Motor Show right now, but Chrysler is looking ahead to the New York International Auto Show with its latest release.

The 200 mid-size sedan has been redesigned for 2011 and Chrysler is aiming to provide some visual excitement to the lineup with a new “S” trim level.

The 200 isn’t known for being the sportiest in its segment, but apparently the company wants to show a different side off with the S.

However the effort is curious because the S is purely an appearance package. Suspension elements are unchanged from the standard car, which is unfortunate. Expect similar S models in this vein to follow in the Chrysler lineup, as the company is planning to debut a 300 S as well.

To announce its S status, the 200 S gets exclusive 18-inch wheels and darkened elements. The formerly chrome door handles and mirrors are now body color, and the grille is finished in black, along with tinted black headlights and Chrysler badging.

As for upgraded features, the interior adds a perforated leather steering wheel, leather seats with suede inserts in the seats and door panels, as well as S badging in the headrests. The company’s CD/DVD/MP3/30 gigabyte hard drive media center is standard, accompanied by a 276-watt Boston Acoustic sound system.