Q3 is finally here. Not the third quarter, but Audi’s third and smallest crossover SUV. The Q3 was previewed in 2007 at the Shanghai Auto Show and now, four years later, the production vehicle is making its debut.

The Q3’s bigger brother the Q5 has been a big hit in the United States, helping to fuel gains that enabled Audi to have a record year in 2010. This year should see continued growth with new products like the A7 Sportback and the Q3 debuting in Germany. For now, U.S sale for the Q3 hasn’t been announced.

With the crossover market so successful here though, we think the Q3 would be a smart addition to Audi’s U.S lineup. Although, it is hard to tell where Audi would position the Q3, as the Q5 starts at around $35,000. 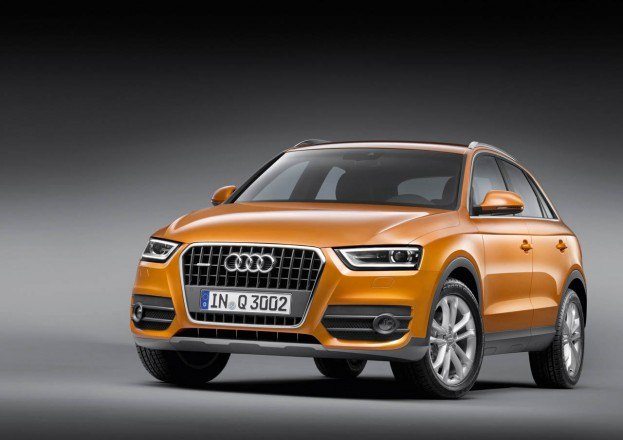 In Germany, the Q3 is likely to be a top-selling model for Audi. BMW’s entry in the market, the X1, came first and has been a runaway success. In fact, X1 has sold so well that its sale in the U.S has been delayed due to demand around the world.

The Q3 is a handsome little crossover, with a rakish rear-roofline that Audi describes as coupe-like. It contrasts with the more utilitarian look of the BMW X1. While crossovers tend to emphasize space with an upright roofline, the Q3 aims for a stylish look.

Overall, the design stays true to Audi’s familial look, and the rear decklid design hews very closely to that of the Q5 and Q7. The sleekness of the Q3 nets it a drag coefficient of just 0.32. The Q3 will offer many customization options, with the choice of black or grey body for an off-road look, or one body color. We particularly like the new Samoa Orange color. 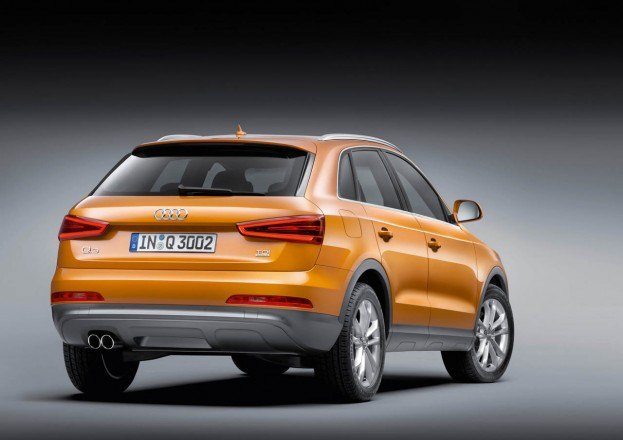 The lighting package continues to play an important part of the Q3’s identity as an Audi. It shows off new amber LED turn signal elements that were displayed on the A7 Sportback and redesigned A6.

The Q3 will offer a host of high-end luxury options that help set it apart in its segment, such as adaptive lighting that curves around corners, as well as an advanced parking assistant that alerts the driver to obstacles even on the side of the vehicle.

The engine lineup includes four engine variations. They are all four-cylinders and 2.0-liters in displacement, but the differences lie in power outputs and gasoline or diesel options. The first gas variant offers 170 horsepower, and the second 211. The 211 hp model powers the Q3 to a 0-60 time of 6.9 seconds. There will be one TDI available at launch, making 140 hp and returning a fuel economy rating of 45 mpgs. A more powerful version with 177 horsepower is set to be offered “a little later.”

Overall, the Q3 looks like an impressive package. Audi needs the Q3 to battle with the BMW X1 in Germany, and as such it should give the brand a significant sales boost when it hits dealers in June. Check out our gallery of Audi’s latest below.