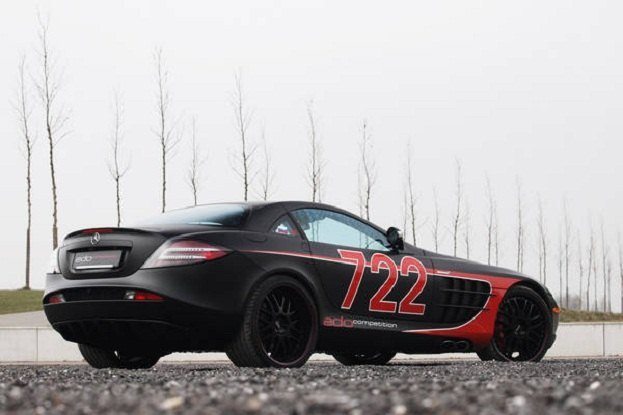 Created in 2003, the Mercedes-Benz SLR McLaren represented one of the most potent supercars thanks to a partnership between two major speed shops. Stoked in 2000 when Mercedes-Benz connected themselves to the McLaren Formula 1 team by obtaining 40% ownership into the operation, the SLR McLaren was the street-going expression of a relationship working well. A grouping that worked through the first decade of the 21st century, Mercedes-Benz chose to enter Formula 1 with their own factory racing team divesting themselves of the ownership interest in the McLaren F1 organization.

The start up of the Mercedes-GP team had also coincided with the end of the Mercedes-Benz SLR McLaren’s production run. For what will be likely the one and only collaboration between the German car builder and the British engineering company, the silver lining (pardon the pun) comes with the creation of a supercar by each company. McLaren introduces their mid-engined MP4-12C as a 2012 car while The Mercedes-Benz SLS AMG came to reality for 2011. However, while the Mercedes-Benz SLR McLaren’s production run is over, Edo Competition sees the full performance potential of the historic mergence was not completely exploited.

The Edo SLR Black Arrow is the grandest presentation of the joint Mercedes-Benz/McLaren supercar. Painted with a flat black tone, the Edo SLR Black Arrow is revealed wearing ‘722’ numbering and striping. A number significant to Mercedes-Benz sports car racing, Sir Sterling Moss drove a #722 Mercedes-Benz to victory in the 1955 Mille Miglia. On this Edo version, the ‘722’ takes on a different meaning. Within high-performance tires, special Edo 21-inch wheels are painted black to match the exterior shade. A tasteful accent of red frames the Edo wheel rim’s spoke detail. If a customer wishes a different colour of wheels, Edo can custom paint the wheels by request.

Outfitting their modified Mercedes-Benz SLR McLaren at their Ahlen, Germany facility, Edo Competition applied the major changes to the supercar’s powertrain. Working over an already powerful supercharged 5.5 liter V-8, Edo summons 72 additional horsepower beyond the Mercedes-Benz SLR McLaren’s Sterling Moss model. Modifying the engine’s supercharger and electronic control unit, the Edo SLR Black Arrow also benefits from a high performance exhaust system matched with high flow catalytic converters to achieve 722 horsepower (answering the usage of ‘722’ numbering on the exterior). Thanks to the Edo SLR Black Arrow’s 656 pounds-feet of torque, the modified supercar launches from 0 to 62 miles per hour in just 3.4 seconds (rated 0.3 seconds than the stock SLR McLaren model). The Edo SLR Black Arrow’s top speed is also heightened over the stock SLR McLaren improving by 6 miles per hour. Still electronically limited, 214 miles per hour is granted through a firm press on the supercar’s accelerator. 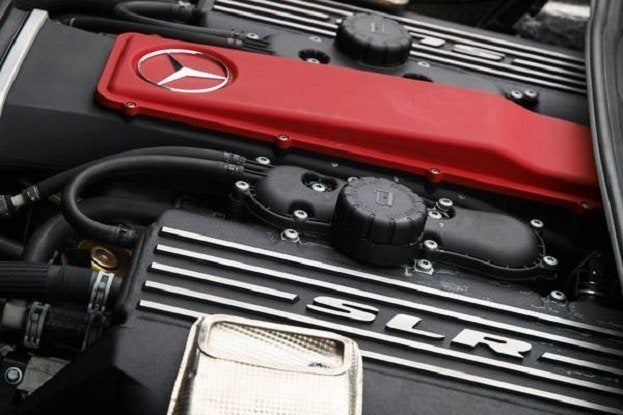 Not only a mover, the Edo SLR Black Arrow shakes up the supercar with high-tech goodies. Edo adds a custom surround sound system that provides ample enjoyment of a center console multimedia unit. Feeding not only navigational and rear view camera images to the driver, entertainment coming from iPod compatible stereo or a TV tuner is in place. Interior aesthetics appropriately caters the performance seeker by furnishing carbon fiber accents around the cabin. Seating of the Edo SLR Black Arrow is a blend of leather and alcantara providing both luxury as well as sport. Alcantara covers the steering wheel and shifter provides a thrilling feel of race car-like touch inside the SLR Black Arrow.

The exact price of the Edo SLR Back Arrow is not mentioned but the current value of a 2007 Mercedes-Benz SLR (the last year of the 722 coupe version) runs at $449,000 according to NADA Guides. Certain to add value to an already valuable supercar, Edo Competition’s advancements will be at least one more time to witness the greatness of cooperation between Mercedes-Benz and McLaren.