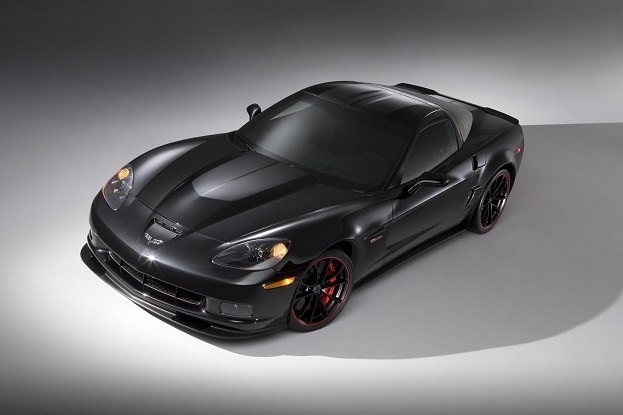 2011 marks a most important anniversary relating to American motoring. On November 2011, Chevrolet officially celebrates their 100th years of producing everyman automobiles as well as some of the most divine fruits American performance car construction. For a glorious 58 years of the American auto brand’s centennial-breaking production term, Chevrolet’s performance flagship has been the Corvette sports car. As some markets accept the Corvette as a distinct brand, some wild rumours have indicated General Motors pondered separating the bowtie brand from their beloved sports car. Reestablishing the bond between car and manufacturer, Chevrolet’s favourite child will don special Centennial clothing leading off the brand’s anniversary celebration.

The Centennial Edition, available on all models of the 2012 model year Chevrolet Corvettes, obtains a modern racing car look in order to channel the historic competition beginnings of Louis Chevrolet. Exhibiting a Carbon Flash Metallic exterior finish, the appearance is made stealth-like by the accompaniment of satin black graphics marking the 100th year of Chevrolet. A very small accent touch to the Centennial Edition Corvette is found inside of the sports car’s badge. Temporarily withdrawing the fleur-de-lis symbol from within the right flag of the Corvette logo, the Centennial Edition models wear a ‘100’ in place.

2012 Chevrolet Corvette wheels and tires receive a massive dress up in Centennial Edition package. manufactured with lightweight aluminum, the cast wheels are painted satin black with a thin red trim. 18-inch front and 19-inch rear in diameter on the coupe, convertible and Grand Sport Corvettes, the wheel sizes are upgraded by one inch apiece on the Z06 and the super-high performance ZR1. Each wheel is centered by a hub badge depicting Louis Chevrolet on race grab. Within the wheels, bright red brake calipers are eye catching. All Chevrolet Corvette Centennial Edition models are fitted with Magnetic Selective Ride Control. The rights to first model of the Chevrolet Corvette Centennial Edition, a Z06 coupe, are being auctioned off for charity as the 2011 Barrett Jackson Auction in Palm Beach, Florida. Benefiting the Austin Hatcher Foundation for Pediatric Cancer, Chevrolet will be printed with a special VIN (vehicle identification number) 00100. The winning bid for the Z06 Centennial Edition also receives the opportunity to practically place their hands into the assembly process of their own Chevrolet Corvette. The Corvette Engine Build Experience comes standard with the buyer at Barrett-Jackson.

As the vehicle was auctioned off on April 9th, the consignment of this initial Centennial Edition Corvette was sweetened by the invitation to become honorary 2011 Petit Le Mans at Road Atlanta crew member of the Corvette Racing GT sports car team.

Auto dealer mogul and NASCAR team owner Rick Hendrick will receive the first of the Chevrolet Corvette Centennial Edition. Rick Hendrick has making a name for himself buying the first significant models of many Chevrolet models through the past few years. Hendrick purchased the first 2010 Chevrolet Camaro, Corvette ZR1 and the first available Chevrolet Volt plug-in hybrid. Forgoing $175,000 on April 9th in Palm Beach for the upcoming special edition 2012 Chevrolet Corvette, Hendrick’s bid makes him the initial party to celebrate firsthand the 100 years of the bowtie.