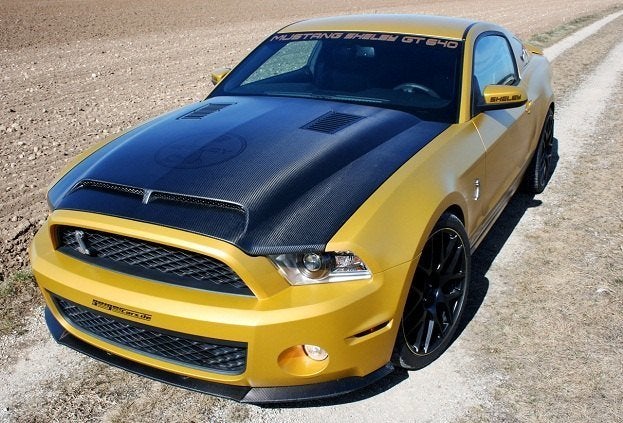 Against the grain of a multitude of noted European tuners, GeigerCars.de actively supplies the continent with so-called “American iron“ since 1979. While European customers can purchase in their purest glory, GeigerCars.de also avails buyers the benefit of customization options extending well beyond factory preparations. Importing Cadillac, Chevrolet as well as even Jeep vehicles, unique Geiger creations have included the Hummer GT and the Corvette ZR-1 based Geiger GTS. GeigerCars.de work has also exercised their European-style tuning craft on the very American Ford Mustang. Instead of attempting to match wits with the work of Shelby, German-based GeigerCars.de has elected to gain the lead over a Shelby-modded Mustang. Termed the GT640 Golden Snake, GeigerCars.de has taken a newly minted 2011 Ford Shelby GT500 into a reimagined modern hot rod.

Altering the alphanumeric designation to reflect its power output, the GT640 Golden Snake is amusing the most relevant sequencing used on the Mustang. Originally when Carroll Shelby named the GT350, the ’350’ number was spawned due to an estimation of the distance in feet between Shelby’s home and workshop. In the use of the GT500 name, the high-performance Mustang received the designation simply because it sounded fast. 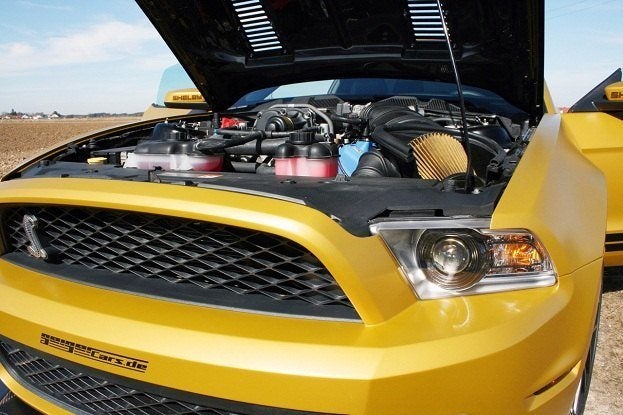 Creating their own version of the Shelby vehicle, the modified Mustang does not attempt to completely obscure the Shelby GT500 factory presentation. The Ford Shelby GT640 Golden Snake retains the chrome cobra badges and an altered version of the side stripes. 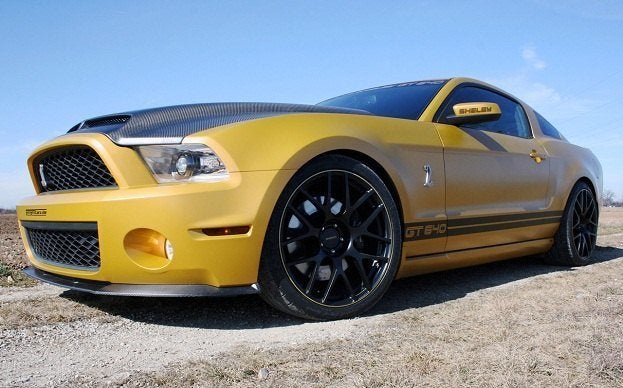 Fans of the original pony car has been treated to a never-ending stream of aftermarket tuned Mustang. The GeigerCars.de Shelby GT640 Golden Snake can be purchased for 89,000 Euros (equal to $126,588 US). The price of the GT640 Golden Snake also includes a high quality stereo and an EU navigation system.