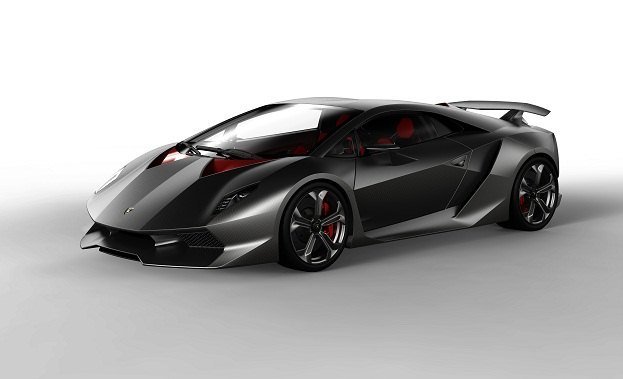 The cross-exploration of technologies has been a building block to some of the most imaginative creativity shown in cars. In particularly with automobiles, the aircraft related to winning the Second World War directly inspired the tail fin designs of the 1950s era American cars. Though tail fins is viewed as a controversial automotive design touch even back then, more popular innovations borrowed from aircraft includes fuel injection, drive-by-wire electronics and heads-up display systems.

Just as the automobile has been the product of the lessons of other industries, cars and trucks have been instrumental in the development partners in advancing the technology as well as image of other industries. Announced last September, Italian-based supercar builder Lamborghini entered into a deal with Callaway Golf that seems somewhat a mismatched coupling on the surface. In actuality, the premium golf supplier and exotic automobile company is realized as a sensible pooling of resources.

More than the simple promotional ploy across brands that might see a logo shared between products, the partnership between Lamborghini and Callaway Golf has netted a new lightweight composite material. Called Forged Composite, the engineered material features a sophisticated micro structure within fibers. In the Forged Composite material, 500,000 of these short fibers are weaved together per inch creating a new combination of strength and lightness. The end material is one-third the density of titanium but capable of greater load carrying stress. Providing construction benefits for products manufactured by both Lamborghini and Callaway Golf, the stability of Forged Composite material opens new possibilities where standard composites were not previously suited.

Callaway Golf is the first of the two companies to turn Forged Composites into a sales product. For 2011, the Forged Composite technology is introduced to the clubheads of Callaway Golf’s Diablo Octane drivers as well as the Razr Hawk drivers and fairway woods. The lightness of the golf club enables a potentially faster swing with the Callaway clubs while the Forged Composite construction insures what the company calls a high point of inertia. At the 2011 Canadian International Auto Show in Toronto, I can personally confirm the super light weigh feel of the Callaway Forged Composite driver club (though I also admit I am perhaps the less than ideal golfer to accurately define the club’s performance). At the Toronto display, which included a concept Lamborghini, the spokesperson described the Forged Composite golf club as “80% stronger than the equivalent weight of titanium.” To acquire the exoticness of Forged Composite construction, the Razr Hawk driver retails for $449.00 online through Callaway. 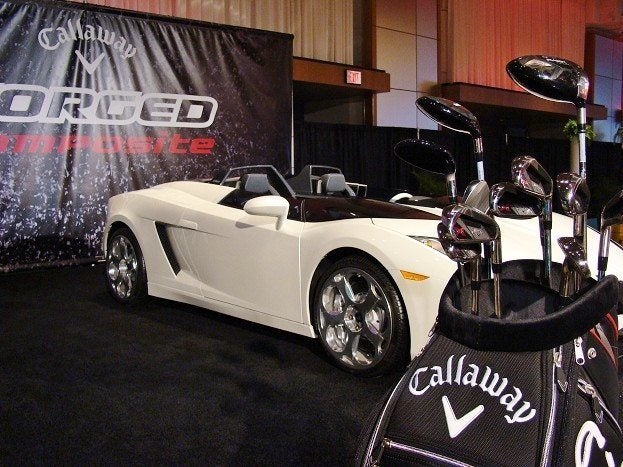 If the combination of supercars and the Callaway name seems familiar, there is a good reason for this correlation. Reeves Callaway, the son of Callaway Golf‘s golf founder Ely Reeves Callaway, has created a lasting connection between the golf accessories company and automobiles. Earning a reputation through the 1980s as a producer of turbocharger units fitting many luxury vehicles BMW, Porsche and Mercedes-Benz, Callaway Cars migrated to full vehicle modifications with the America’s most famous sports car, the Chevrolet Corvette. Making an acquaintance with General Motors when testing a twin-turbo version Alfa Romeo GTV-6, Callaway’s magic was first worked on the Chevrolet Corvette in 1987. Offered through select Chevrolet dealers, a twin-turbo Callaway Corvette delighted American performance car fans wanting to exploit the full potential of the Corvette’s C4 platform.

Separate from the car company, Callaway Golf is swinging with a new rhythm while their Lamborghini partnership plans for some of the quickest drives thanks to the Forged Composite material. 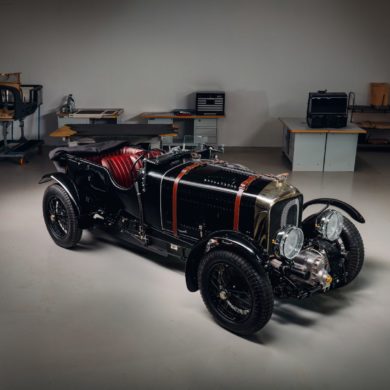