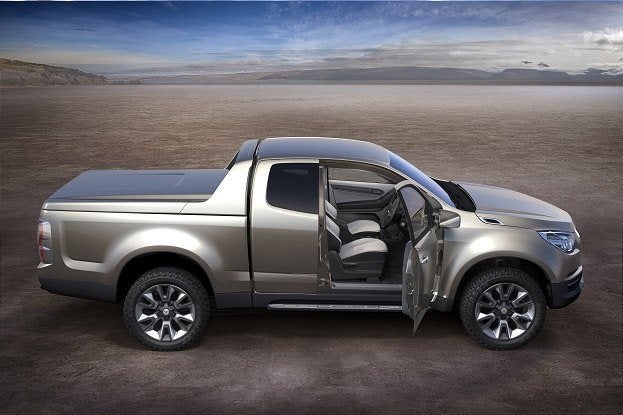 While full-sized trucks have been and continues to reign as the profit center for the major American auto companies, the compact to mid-sized utility pickups market is largely ignored in North America. It seems questionable if the Detroit 3 even want North American truck buyers to have the option of a smaller pickup truck. Discontinuing the long-running Ranger in the United States after this year, Ford Motor Company has quickly applied the nameplate to a larger vehicle. Unveiled for the Australian, Asian, African and even South American markets, the new Ford Ranger will not be available in the United States.

At General Motors, the auto company’s mid-sized pickup trucks (the Chevrolet Colorado and GMC Canyon) are in dire need of an overhaul as they continue with a design first introduced in 2004. While still a capable and versatile smaller truck, the Colorado or Canyon are not enthusiastic members of the new GM. Debuting at the Bangkok International Auto Show in Thailand (said to be the biggest world market for mid-sized trucks), a drastically refreshed Chevrolet Colorado has now been revealed in show car form. Powered by a 2.8 liter turbodiesel powerplant, the all-wheel drive show vehicle is said to be a very close representation of the future Colorado production model.

Immediately upon looking at the new truck, a completely new thought pattern is emerging in the formulation for Colorado. Resembling the Chevrolet Traverse crossover through front end styling, the Chevrolet Colorado show truck also casts wide track over the ground. Illusions of size is helped through beefy exterior paneling throughout the Colorado. a body colour tonneau cover, 20-inch aluminum wheels and the use of LED lighting concludes the modern touches added to the Colorado pickup. Overall, the exterior styling presents like the GMC Denali XT Hybrid concept shown at the 2008 Chicago Auto Show. The Chevrolet Colorado show truck is a most refined yet still rugged appearance. 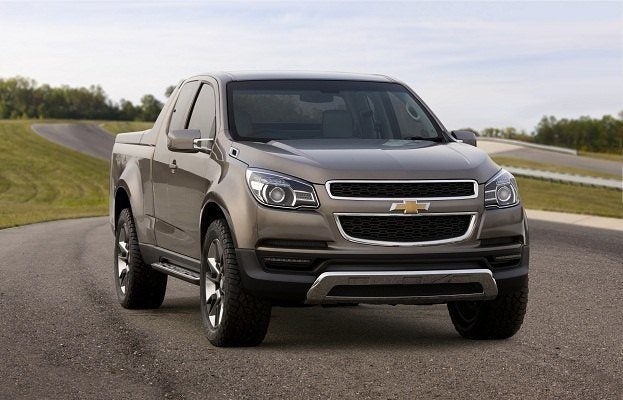 Opening up the interior entrance doors of this apparent extended cab (through the rear passenger access doors looks more sensible for cargo), the show truck version of the Chevrolet Colorado displays a combination of luxury and utility. The front passenger area of the Chevrolet Colorado is fashioned on a premium vehicle tone. Leather-trimmed seats, soft-touch materials topped by a web-accessible infotainment system offering navigation and audio capability is nestled within this latest example of 21st century expectations of pickup trucks. The motorcycle-inspired driver’s instrument console continues a theme set on the new Chevrolet Sonic. Recapturing the utility aspect of the Colorado, dual glovebox and a covered center bin secures smaller items with the same consideration as larger loads under the tonneau cover. 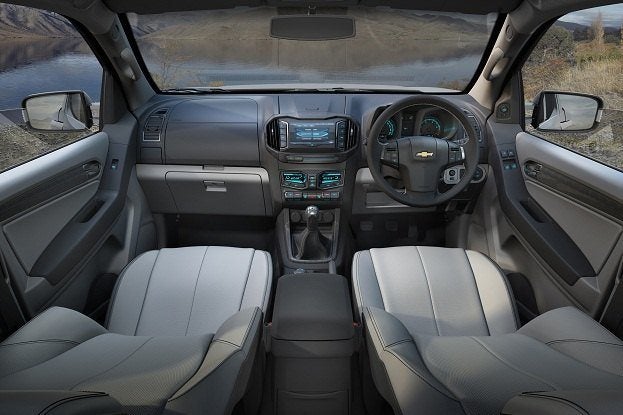 In recent days, production plants related to the current generation Chevrolet Colorado and GM Canyon have been slowed. Citing concerns of part shortages are starting to become a reality, the Japanese supplier says there is still enough parts stocked at the New Jersey plant. Another contributing factor to the production idling could be based simply on the GM mid-sized truck’s declining sales. Debuting on the market in 2004, 144,668 units of both the Chevrolet Colorado and the GMC Canyon are sold. Skipping forward GM’s mid-sized pickup trucks saw their sales steadily slip eventually dropping to 32,634 in US sales after the 2010 model year. Even Ford’s under-supported Ranger compact truck enjoyed sales of 55,364 as production prepares to be shuttered.

Like the Ford Ranger, American truck enthusiasts are expected to at least wait for General motors’ new mid-sized pickup. Maintaining fixation on the Thailand market through the auto show with this energized show truck, little is known in regards to the future of GM’s smaller truck business in the United States.