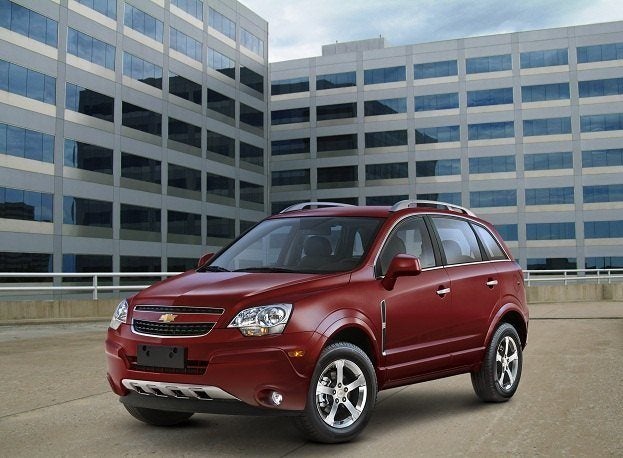 While the Equinox has been accepted as direct competition with the Honda CR-V, Ford Escape and Nissan Rogue, the current generation Chevrolet crossover vehicle is largely mismatching to those other vehicles in size. Longer in wheelbase than the other three crossover vehicles, the 2011 Equinox features 9.4 inches more length between the front and rear wheels than the Ford Escape. Outside of North America existed an ideal fit for the compact crossover category, General Motors is marketing a smaller crossover called the Chevrolet Captiva. After 5 years of international sales in Asia, Australia and Europe, the choice to introduce Americans to the Captiva is set for the 2012 model year for fleet use only.

Employing the same powerplants featured on the Equinox, the 2012 Chevrolet Captiva Sport will be sold with two gasoline direct-injected engines. Buyers can select either a 182 horsepower 2.4 liter four-cylinder engine or a 264 horsepower 3-liter V-6 power plant. As could be expected on crossover vehicles, an all-wheel drive option will be offered on the Captiva Sport alongside a fuel-saving front wheel drive. Fuel economy has not been evaluated yet for the United States market Captiva Sport for either engine. Using United Kingdom specifications (likely to differ for the United States model), the Chevrolet Captiva Sport equipped with the 2.4 liter engine possesses a curb weight just under 3,649 pounds. More than a 130 pounds less than the Equinox crossover is seems reasonable to expect a slight improvement over the Chevrolet Equinox.

To be sold in LS, LT or LTZ fleet trim, 2012 Chevrolet Captiva Sport models will include remote keyless entry, 6-speaker stereo system and 17-inch aluminum wheels. For safety, forward, front-side and curtain airbags protect passengers will be accompanied with accident avoidance technology such as anti-lock braking and StabilTrak. Leather trim, sunroof and rear view camera are among more lavish items available on the Captiva Sport that is likely to start selling for the early $20,000 range. No announcements have been made for whether the Captiva Sport will be added as a consumer vehicle for 2012 or in the future.

The 2012 Chevrolet Captiva Sport is based on a revised model introduced at the 2010 Paris Motor Show as part of General Motors vehicle presentation of non-United States bound products. While plans for the Captiva Sport coming to the US shows flexibility to bring their international vehicles to the newer world, the Chevrolet Orlando (coming to Canada but not the United States) and a 5-door version of the Chevrolet Cruze are yet to join the small crossover.