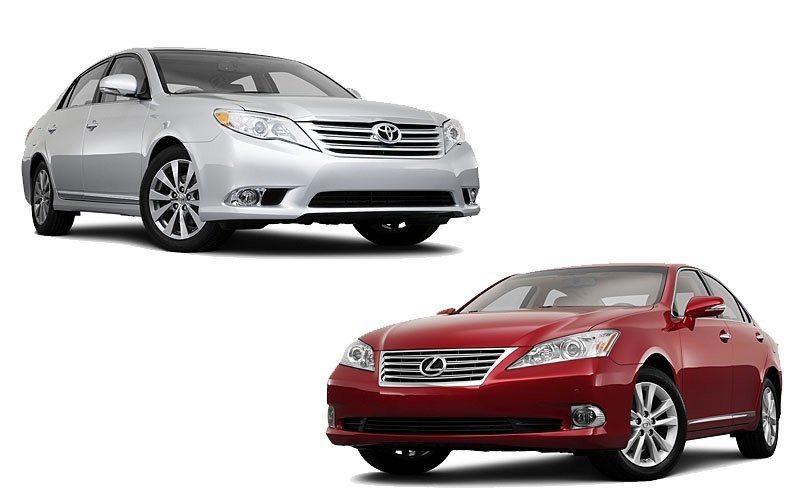 Yes, I realize that the Toyota Avalon and Lexus ES350 aren’t competitors. I know the ES350 is based on the Toyota Camry, and I realize they’re in two totally different classes. But hear me out.

Over the past couple of weeks, we’ve been driving both the 2011 Avalon and 2011 ES350, and I’d say they’re incredibly similar. In fact, I’d bet there are plenty of buyers who would cross-shop the two. Despite the size difference, the two are closely related. Both are luxury sedans powered by the same 3.5-liter V6 engine producing 268 horsepower, both use the same 6-speed automatic transmission, and both transfer the power to the front wheels.

Both get about the same fuel economy (I averaged a little over 24 mpg in each, ) have the same safety features, and use the same audio and navigation system. They even cost around the same amount of money, provided you equip both similarly. 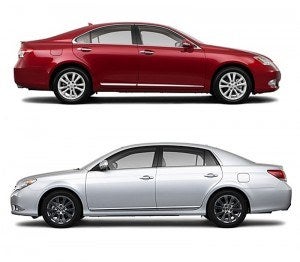 So yeah, pretty much the same thing for the same money. So what’s the difference? The Avalon is bigger, by a couple inches in just about each direction. Not a huge difference by any means, but enough to classify it as a “large sedan,” while the ES350 gets the “mid-size” classification. I didn’t notice a big difference between the two, except that rear seat passengers have more room in the Avalon and the ES350 has a bigger trunk. Being a tall guy at 6’4″, I also noticed I have more headroom in the Toyota, while my hair flirted with the ceiling in the Lexus.

The biggest difference – the Lexus ES350 has a considerably better interior. The Avalon isn’t terrible on the inside, but it feels overrun with cheap plastic and clunky design when compared to the soft touch and sleek design on everything inside the Lexus. Everything in the Lexus is soft and smooth, comfortable and relaxing.

RELATED
2020 Genesis G70 Review: How Well-Deserved Are All The Accolades?

Both ride smoothly, though the Lexus has the upper-hand here as well. Not only can you barely feel the bumps in the road, but steering is suspiciously smooth – almost as if it has a variable steering wheel input that forces you to turn smoothly, even when driving aggressively. Seeing as how the Lexus is smaller, however, the steering also feels more responsive and easier to have a spirited drive, while the Toyota made it difficult to drive any way but conservatively.

Not-so-surprisingly, both cars suffered from the same drawbacks. Neither car is particularly fun to drive, but you’d expect that in most anything that says “luxury” on it. The GPS and audio system are less than stellar. A clunky interface, poor audio management, and lack of an intuitive interface plagued the two systems. The navigation system works fine by itself, but for the life of me couldn’t find a way to switch between day and night mode.

My solution: manually turn down the brightness setting every time I drove it at night, then turn it back up during the day. That’s a pain in the ass. Want to have your passenger input a destination while the car is moving? Too bad, it won’t let you. The audio system in both cars sound superb, but good luck using it to find an artist or song through the screen while your iPod is connected.

I had to use another workaround: when you want to change songs, unplug the iPod, select song, plug in iPod again, then switch it back to the USB input (which takes two button presses in the Lexus.) As its best, unintuitive. Realistically it’s dangerous unless you have a passenger.

Other gripes: the rear-seat climate in the Avalon blows hot air despite the 65-degree setting up front. The Toyota also seems to beep at you for everything. Getting out of the car generates a constant reminder “ding” for something about half the time, but I couldn’t ever figure out what. Yes, the headlights were off. Cruising along in your parking lot at low speeds without putting on your seatbelt? “DING DING DING DING DING DING…” it won’t stop.

I found myself yelling at the car to shut up on more than a few occasions. The Lexus had its share of annoyances as well. For example, I should never have to “figure out” how to turn the heat up a little bit. In the Lexus you first have to push the physical “Climate” button, then on the touch screen select where the air should blow and press one button in a row of buttons to decide how hard to blow.

After you’re done, select where the screen should go next, then find the physical buttons for determining the air’s temperature. Isn’t luxury supposed to simplify things?

All-in-all, I found the Lexus ES350 to be the better buy for the money if you don’t mind sacrificing a few inches of room inside for a better overall driving experience. In the interest of fairness, our ES350 was equipped with $10,000 in options – radar cruise, the “Ultra Luxury Package” (upgraded leather, panoramic glass roof, heated & cooled front seats, adaptive HID headlights, and different wheels,) and the Premium audio package, bringing its total to $45,500 out the door.

The Avalon’s options included a navigation & audio upgrade bringing its total to $37,884. A difference in perceived value might be a factor here, but the Lexus’ superior ride quality, handling, and interior trim materials are unaffected by the optional upgrades. Not to mention the Lexus is much less conservative looking on the inside and out. Check out the photo gallery below to view some side-by-side comparisons of the two cars. 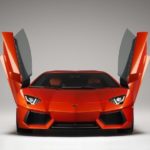 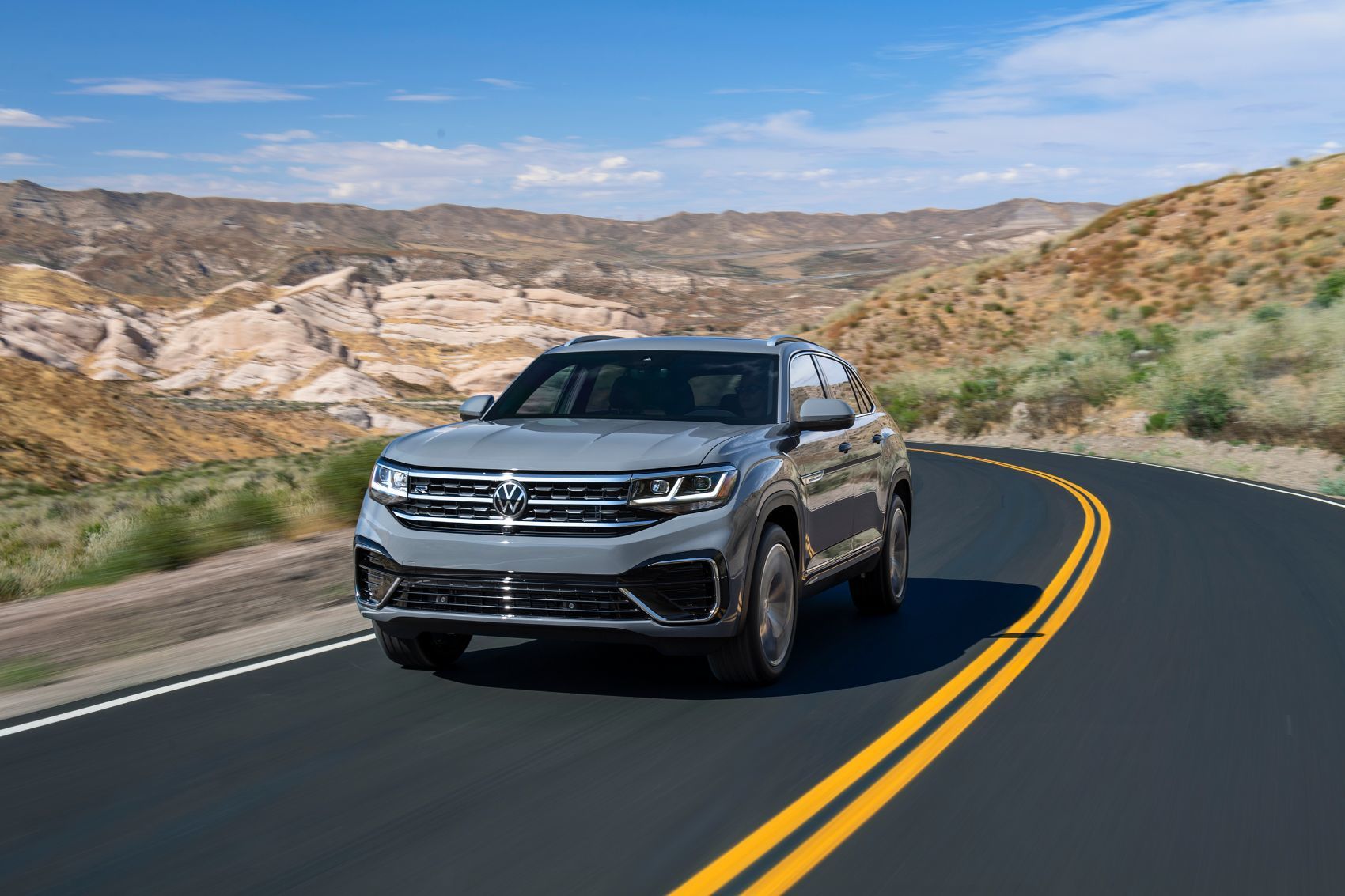 2020 VW Atlas Cross Sport Review: Should You Put This Sporty SUV On Your List?