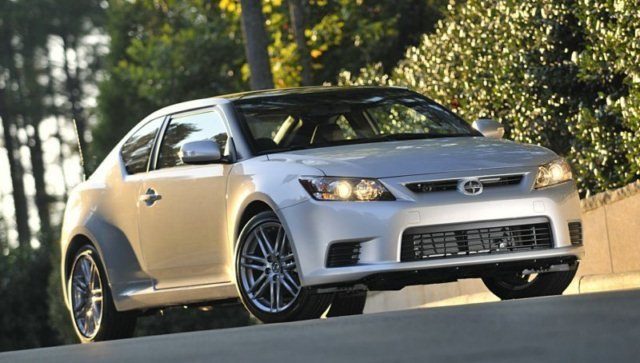 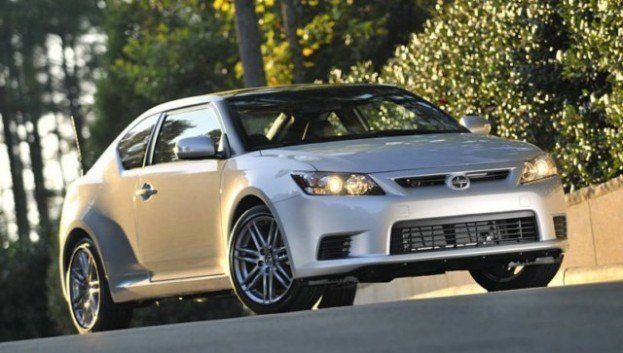 Back in November, I published a preview of the 2011 Scion tC from a media event Scion held, concluding that the all-new tC is an evolution for the better, offering more power, more economy, more room, a more modern feel, and an overall better drive. I was impressed as a whole, but media events – as useful as they are – only give us a couple of hours allocated to drive and evaluation. That’s enough to form a decent opinion of a car, but this time we get it for a week – long enough to determine how the car performs on a daily basis under various everyday conditions. Sometimes that’s enough to turn a car you like into an irritating tin box full unbearable quirks. So has the updated 2011 Scion tC gone the route of friend-turned-roommate-turned-ex-friend?

First, let’s talk about what’s changed. When Scion introduced the tC back in 2004, it was more successful than they expected. They sold tons of them to an incredibly lucrative market – mostly young guys, 26 years old on average, most of which were completely new to the Toyota family – exactly who they were going after. But year after year, more females began to buy the car. Not that they were turning down sales, of course, but the tC was supposed to be a “dude’s car,” and they didn’t want to get that “chick car” image. Plus, more guys than gals tend to buy manual transmissions and purchase upgrades and extras with the car, which is a huge source of extra revenue for them.

“Let’s win back the fellas,” Scion said, and out popped the all-new 2011 tC. On the surface, the car is more muscular and aggressive. “Sleek” is no longer how I’d describe this car, and “pretty” hadn’t even crossed my mind. It is cool-looking though, and based on looks alone, it would win any arm-wrestling competition with its current competitors. A boxier shape comes through thanks to the flat-top meant to give rear seat passengers more headroom. The front-end looks good and keeps the only resemblance to the sleekness of the old car. The tail lights look like they accidentally got sunk into the awkwardly blunt rear-end. It’s safe to say I don’t like how the new tC looks compared to the old one, but looks aren’t everything, are they? 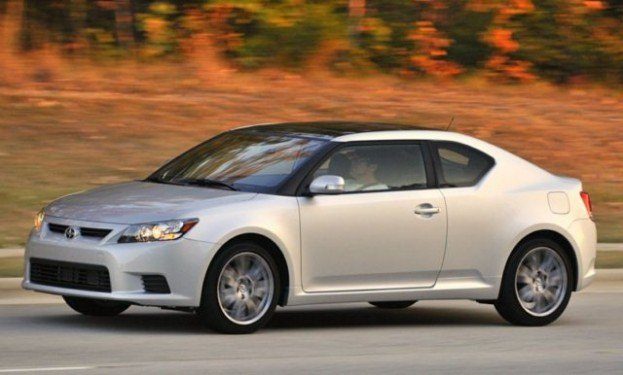 Any update to a car that promises more power and less fuel-consumption is well-received, and the 2011 tC doesn’t disappoint. A new, larger 2.5-liter engine provides 180 horsepower (up from 161 last year) and 173 lb-ft of torque (up from 162.) It’s good, because the tC (desperately) needed a bump in power. Even with the larger engine, they managed to eek out a combined 26 mpg, which is above the old car’s 24 mpg. Still not a great number, but it’s progress. 60 mph from a stop can be expected in 7.6 seconds in the manual transmission, which is what you should buy. The sluggish automatic manages the same trip in 8.3 seconds. Additional performance over the previous generation comes in the form of a new, sportier suspension, wider track, and bigger brakes.

To get a better idea of how the new tC compares to the first generation, who better to ask than someone who owns one? Meet Aaron – owner of a 2006 Scion tC. Let’s see what Aaron has to say about the 2011 version:

I own a previous generation (2006) Scion tC and being a more mature auto enthusiast for the Scion brand (30 years old) I would have to say that the new 2011 tC has missed its mark on me. I have read that the engine and interior materials used are much better and that the car has matured well into a better all-around package but I would have to disagree with the “matured” statement completely. 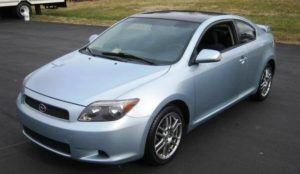 The tC went from being a funky/sporty hatchback that appealed to young men and women alike to a busy boy-racer only car.

Everything I appreciated about the previous generation’s clean dash and console is completely ruined on the new car. The model we tested had the integrated Nav and though the addition of a Nav is a feature the previous model certainly could have used, it’s a long way from being truly “integrated.” The raised radio/nav panel makes the unit actually appear to be a poorly fitted after-market piece and if it wasn’t for the Scion branding I would have assumed as much. Non-uniform openings and contours in the new center stack also add to a busy and confusing look for the dash. The fatter-than-BMW flat-bottomed steering wheel is another laughable addition that others seem to rave about and though it may be an interesting design piece at first glance, the old steering wheel felt right for the car. I’m sure if I were to track the tC on the weekend, it would be a greatly appreciated addition however the steering wheel just doesn’t feel right for the car’s intended purpose – daily commuting.

The updated look of the car isn’t bad at all. I like the blacked-out A-pillar as well as the overall profile. The front-end is missing that snub-nosed look that I really enjoyed about the previous generation and the rear-end isn’t memorable or unique but I wouldn’t go so far as to say it’s ugly. Overall comparing the new tC to the previous generation leaves me feeling a bit left out as this car was certainly designed with the younger enthusiast in mind. My replacement for our 2006 tC will definitely not be a 2011 version. 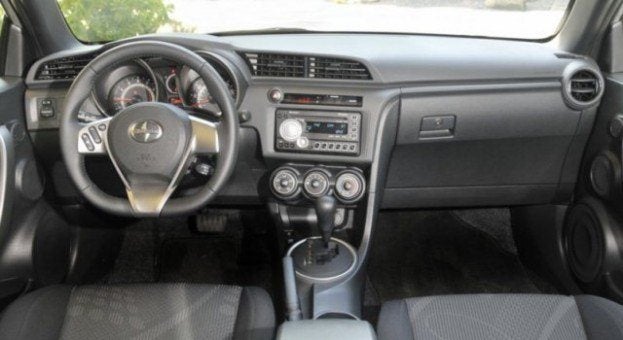 In regard to the interior, Aaron makes some very good points. Although I’m impressed with the overall improvement in quality and materials, the new center panel is much busier than before. The upgraded audio/nav does look like poorly-fitted aftermarket unit, but if you don’t mind the looks, it’s a very good system. The standard audio system is an excellent 8-speaker, 300-watt setup with standard USB and auxiliary jacks and iPod integration. If you want more, feel free to upgrade to a 340-watt Alpine unit or your choice of two navigation systems (one full-size and one smaller version.) I like the new, thicker steering wheel with flat bottom, even if it’s a bit gimmicky. Steering-wheel audio controls are standard, but look a bit dated. The new interior design is more logical and functional, but Scion buyers are looking for function AND style. It could use some work.

Given that it’s a compact car, it has an incredible amount of room. Rear seat passengers will be surprised at how much leg- and head-room they have (thanks to that extended roof,) and if they want more, just have them recline the seats – they lean back up to 45 degrees. The usual 2-door coupe curse – rear seat passengers having to squeeze in and out uncomfortably – is partially remedied by the long doors, but that causes another problem: they’re really long, so it’s difficult to not whack the car in the parking space next to you when opening them up. 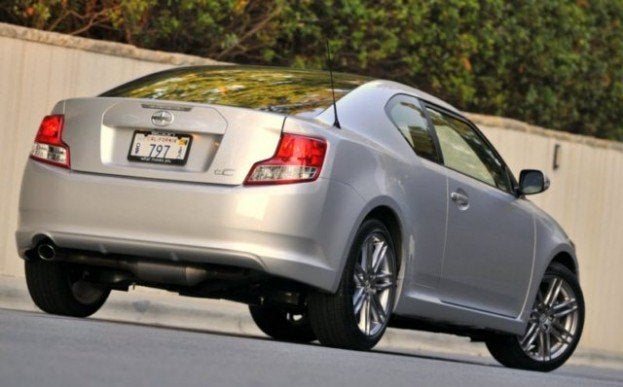 All-in-all, the new 2011 Scion tC is a step in the right direction. Although it lacks the sleek and sexy feel of the first tC, it’s more powerful, more fuel-efficient, higher quality, has more standard equipment, and is a good drive. My problem with the car, aside from the lumpy exterior, is that nothing stands out about it. It makes all the right logical moves, but doesn’t have as much personality as the old tC or some of the other cars in its class. Regardless, it’s worth checking out if you need a sporty, cool, inexpensive hatchback with gobs of room inside. The 2011 Scion tC starts at $18,275 with a manual transmission and $19,275 for the automatic. 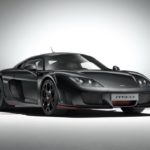 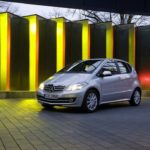