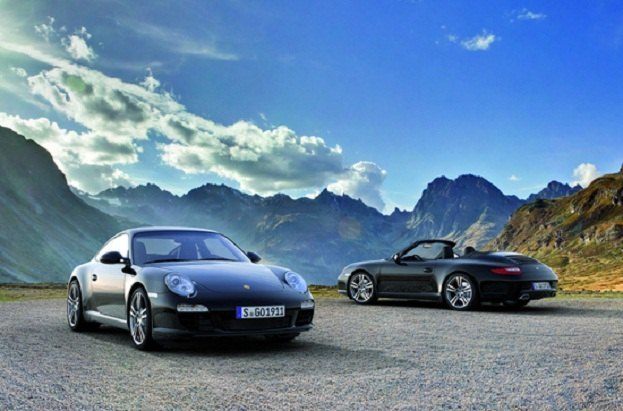 In the sports car world, the most emotional colour (or color for the large American audience) would likely be judged as red. Signifying passion and desire, the colour red is famously exhibited on the shapely, aerodynamic bodies of the most popular high-performance sports cars. However, as lovely a radiant red strikes at the heart of speed enthusiasts, the dark colour of black lures sports car fans presenting mystery and elusiveness. The Batmobile, Knight Rider’s KITT and the famous #3 GM Goodwrench stock car of Dale Earnhardt continuously fuels character behind the colour tone. For the 2012 model year, Porsche has channeled the tone into a special limited run 911 Black Edition.

Recently announcing a very limited edition Porsche 911 Speedster and the 911 Carrera GTS, the 911 Black Edition doesn’t present specific weigh-savings or performance enhancements but rather a presentation of the Porsche 911 at its best. To be offered in coupe and convertible body styles, a total of 1,911 examples for this Porsche 911 will begin to go on sale in spring. Coated with one of two exterior shades (Solid Black or a Basalt Black Metallic), the 2012 Porsche 911 Black Edition sails with a stealth-like appearance broken only by the vehicle lighting and the chrome exhaust tip framing. Riding on 19-inch 911 Turbo II forged wheels matching titanium and black together, the 2012 Porsche 911 Black Edition theme is continued to the four-piston aluminum monobloc brake calipers. 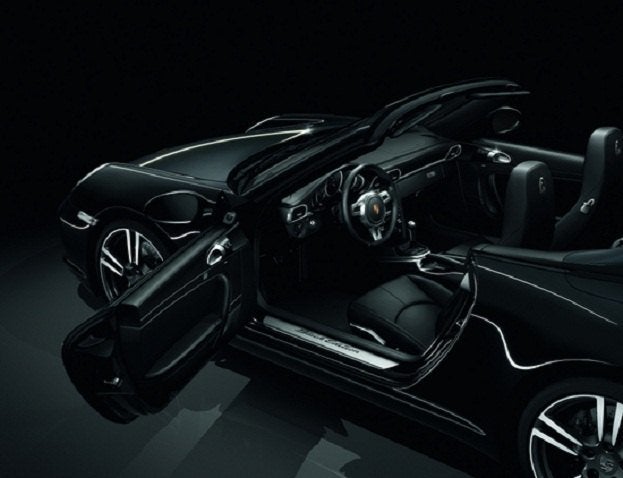 A base 2012 Porsche 911, the rear-mounted 3.6 liter flat-6 engine finds 345 horsepower available as rear wheel motion on the Black Edition variants. Equipped with a six-speed manual gearbox, the shear thrill of up to 180 miles per hour can be unleashed. The 2012 Porsche 911 Black Edition can also be offered with a 7-speed dual-clutch transmission the German sports car company identifies as a PDK (Porsche-Doppelkupplungsgetriebe) gearbox. With the shifting mechanics provided through the PDK, the 2012 Porsche 911 Black Edition delivers 0 to 60 mile per hour times in under 4.5 seconds (4.5 for the convertible and 4.3 seconds for the coupe version). On the Black Edition, Porsche continues the trend of providing their ultimate 911 sports car with levelheaded fuel economy. Through the use of either transmission, EPA fuel mileage is 19 city or 27 highway.