Current VW Scirocco a No For U.S Sales Volkswagen Group’s ambitious growth plans call for it to abandon its “cut above” German engineering and premium positioning. Instead, the new cars are built to a price point, aiming for the majority of the market in a bid to increase sales. This has been evidenced in new models like the 2011 Jetta and 2012 Passat.

The Volkswagen Group’s goal is to become the world’s largest automaker. With Audi and VW brands strong globally, that goal looks within reach.

Where does this leave enthusiasts? Traditionally they have been pretty well served at VW. However, with a new cookie cutter approach at the company, many have feared niche models will be left by the wayside. If Audi is any guide though, that might not be the case, as performance models have flourished better than ever before. Hopefully a similar template will be followed for the future of performance at VW. 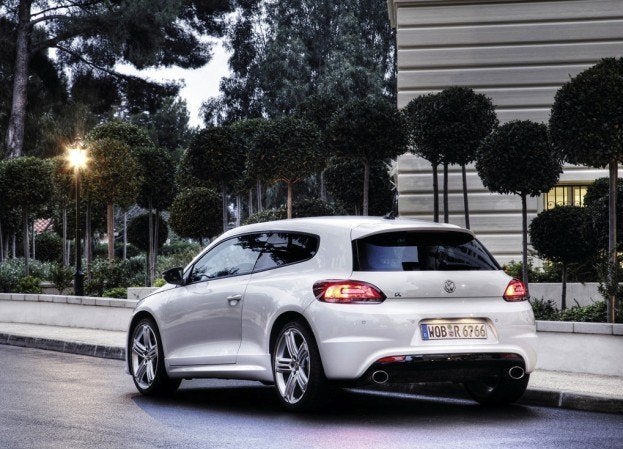 A good sign is that the hottest Golf of all, the R20, is heading for United States shores in both two and five door configurations. The announcement was made last month and it was a shock that not only would the car be available with a six-speed manual, it would be the only transmission option.

The Golf-based Scirocco is a vehicle we have wanted to see here ever since introduction. It is a truly design-oriented VW, and there has been a back and forth in the press about whether we would be seeing the current-generation car brought over to the U.S.

The word, direct from VW’s North American Chief Executive Officer Jonathan Browning is no – or at least not yet. In Detroit, Browning told USA “[that] I’d love to … We were not able to make the case to bring it in this (product) cycle, but in the future, I’d love to see it here in the U.S.”

That’s a good sign, but don’t expect the car to show up here anytime soon. The car would be a low-volume product no doubt, but it could generate buzz and potentially provide a (much better looking) competitor to Hyundai’s recently-introduced Veloster. That positioning could come with the car’s next-generation model, which most likely will be built to come in at a lower price.